The Power of Witnessing: Lessons from Quakers & Life 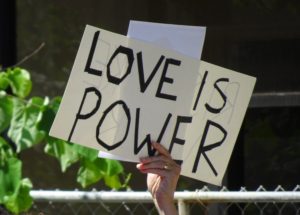 “The world is only as fair as you can make it. Takes a lot of fight. A lot of fight. But if you stay in here, in your little cave, that’s one less fighter on the side of fair.” Libba Bray

My boyfriend and I went to our first anti-war protest in 1967. It was organized by a Quaker community and was small compared to gatherings in Washington, DC and New York later that year.

There were about 100 of us. We stayed up all night in the park with our signs, eating only white rice and tea like the poor in Vietnam. The next day we planned to carry medical supplies across Peace Bridge in Buffalo, NY to the Canadian side. Vic and I weren’t Quakers, but we were desperate to do something to oppose the war. 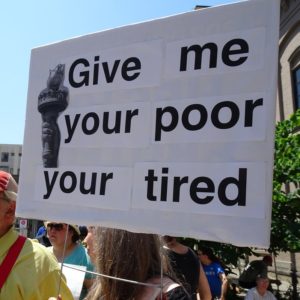 Did we think our little protest in the park near Peace Bridge would stop the war? No.

Did we think carrying bandages across the border to Canada to be sent to North and South Vietnam would help those being bombed? No. It was a symbolic gesture of support for all those suffering, including our soldiers. After hours in police custody, we were released without charges. We were a bother, not a threat. I’m sorry to say it likely helped that we were white.

What I learned that day and night was the power of witnessing. At 22, I didn’t know the term. I didn’t know that it mattered to look at darkness, to turn toward suffering and grief rather than turn away. I still imagined I could protect myself from life’s hardships 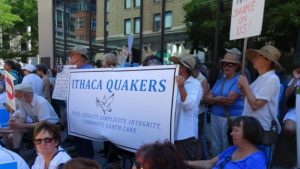 At the Families Belong Together March in Ithaca, NY on June 30, I remembered this lesson. Did I think I could change the brutality going on at our borders and get those families back together? No. At least not right away. Did I think I could stop the president from doing more damage to people, our environment, and world peace? No. Did I think it mattered to witness and stand up for the weeping children taken from their parents who sought asylum and safety for their familes? Yes. Just like in bereavement work, it mattered to be there with an open heart. 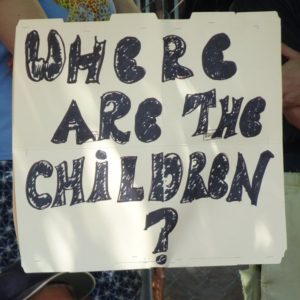 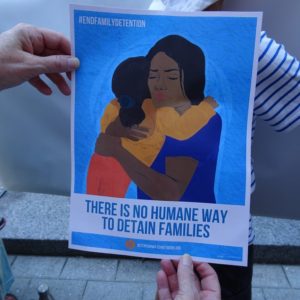 I’ve gone to many demonstrations on behalf of humane government and sane environmental laws in recent years despite struggles with Meniere’s Disease. Often they were nearby, but sometimes in Washington, DC or our state capital Albany. Sometimes it was blistering hot. Sometimes bitter cold. I often couldn’t hear the speeches because of hearing loss, but I was there. 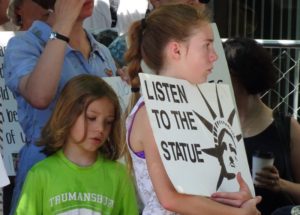 To stand up and witness for those who suffer, for those who don’t have my privileges. To face what we’re doing as a nation. To not turn away because it’s illegal or upsetting or more than I can bear.

Like many others, I wrestle with my resistance. “I don’t want to go. It’s too hot. It’s too cold. I’m too tired or too busy. I can’t do anything to help. I already do enough.” In response, I make a plan with my friends Jane and Roger. It helps me show up when the rally is at 8 am and it’s 10 degrees and windy or when the weather is steamy hot and my symptoms are acting up. “Roger and Jane are counting on me,” I tell myself. “If I back out, I might weaken their resolve, too.” 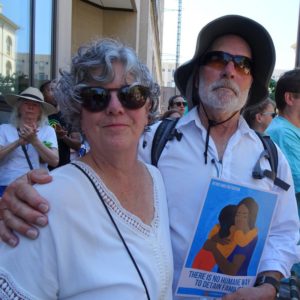 Once there on June 30, despite the heat, I wandered through the crowd, looked at signs, and found friends. I loved seeing a huge banner from the Ithaca Quakers. They’re still Witnessing. So am I.

It’s all soul work. It’s all my work and yours. Let’s not turn away. 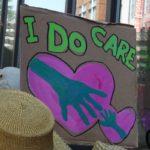 There are many ways to help others by donating money, making soup for a sick friend, signing a petition, or caring for a family member who needs us. I’d love to know how you serve but we’re not keeping score here. We’ll all doing what we can when we can. For another post about political action with Jane and Roger, see Giving Hope a Seat between Anxiety and Grief: Women’s March on Washington. Thanks to Jean Raffa for sharing the quote from Libba Bray. You might enjoy Jean’s post where I read this and many quotes about  seeking a balance between inner work and outer action: Musings from My Cave.