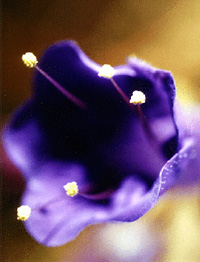 Death is a teacher for me.

My father became ill in 1948 when I was two years old. After his death in 1959, my mother handled the loss by not speaking about it. I vowed never to experience death in silence again.

I was trained as a hospice volunteer in 1997, but took a leave when my mother appeared to be dying. She was a hospice patient for 10 months. The tender care she received revived her interest in eating, and she lived for ten more years. She spent her last senile years in a nursing home ten miles from my home and died while I was out of the country in April 2007. My husband Vic was with her in her last hours.

Vic, my lover, friend, and husband of 42 years, died in June 2008 after fighting lymphoma for two years.

Since the spring of 2009, I have volunteered at Hospicare of Tompkins County. I took Hospice training a second time in 2010, then bereavement training in 2011. I lead an on-going peer support group in bereavement services called “Continuing Bonds” for women who have lost their partners or spouses. I also make bereavement calls to individuals who have lost spouses or partners. In addition, I write for the bereavement section of the Hospicare website and for their newsletter. A few of my articles appeared in the Hospice and Palliative Care Association of New York State newsletter.

I hope to be a source of comfort and a resource for individuals who have lost a loved one. I’ve written many essays about coping with loss since my husband died. The essays below – published on the Tompkins County Hospicare website or elsewhere – share my experiences with grief and loss.

Continuing Bonds: This article talks about my continuing sense of connection with Vic, three years after his death. I wrote it to announce a peer bereavement support group for women who have lost their partners and spouses. I facilitate the group and love the new connections and new friends.

Feathers of Hope: My reflections on the first wedding anniversary spent without my husband of 40 years.

Medicine and Memories: An essay about facing the medicines that had gathered dust since my husband’s death and the emotions and memories stirred up by that chore.

A Survival Guide for Life after Loss: Thirty suggestions for nurturing body, mind, and spirit.

Tending the Body Through the Hard Times: I have found it challenging to take care of myself during my husband’s illness and after his death. This article includes advice that helps me.

Gratitude and Grief: I never doubted that our great love was worth the grief I was experiencing, but my heart felt broken and my life derailed.

Death Without Hospice, Life With Hospice: I wrote this essay in May, 2000. It was used by the New York State Hospice Association in their newsletter and in the NY State Legislative Gazette to encourage funding support for Hospice.

Further discussion on end of life, bereavement, and the death of my husband Vic, will be a recurring theme on my blog. I encourage you to share your experiences with me in the comments section of any post.