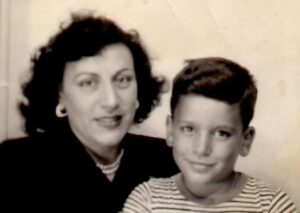 Two days before my dead husband Vic’s birthday, I received an email from a stranger in England. Kel Mansfield had found Vic’s first cousin in Canada through AncestryDNA, and she told him about Vic. After looking at Vic’s website, Kel knew Vic was his half-brother.

Vic’s posthumous website includes his scientific and philosophic papers, and videos of talks. It also has a story to explain synchronicity—Vic’s story of being guided to visit his dying father who had abandoned him. That same father had abandoned Kel’s pregnant mother.

Kel wrote a gentle and articulate letter, politely introducing himself and explaining our connection. Messages sent to Vic’s website are forwarded to me.

“You’re not upsetting me, Kel,” I wrote. “I’m glad to know about you.” I was also glad Kel hadn’t suffered under their abusive alcoholic father but had been brought up by a loving mother and grandmother with his stepfather’s last name. He only learned his last name was Mansfield when he got a copy of his birth certificate to apply to the Royal Airforce at age 18. Now decades later, DNA testing offered a new path for revealing ancestral mysteries. 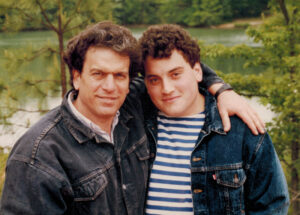 “I met Vic in my dreams last night,” Kel wrote in his second email. “We were in a large room and Vic was wearing the same striped beige shirt as in the video of his book talk. Unlike that event, the room was not full of people, just a couple of young women standing several feet away. Vic was addressing them and I was standing close beside him. Vic smiled at me, put his right arm around my shoulders, and continued talking to the women. It all felt very natural.”

“It’s just like Vic to hug a man he loves in that way,” I wrote back. “Do you dream often?” 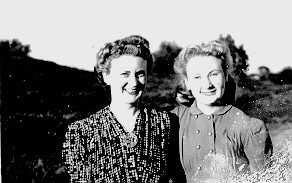 “I dream every night,” Kel said.

Kel’s email about his dream had arrived on Vic’s birthday. That got my attention.

Vic and I shared dreams for over forty years. On one of the last day he could speak before his death in 2008, Vic told me a dream.

“The Spanish King is dead and I don’t know about it yet.” 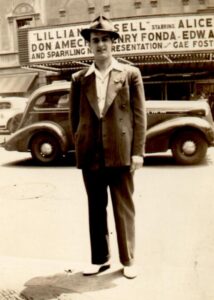 Vic was too sick to say more. After his death, a Jungian therapist helped me interpret: Vic as the explorer of new worlds, (the Spanish King) was dead and Vic hadn’t accepted it. The night before this dream, Vic and I had discussed his future. He faced that he couldn’t teach or write or guide students again. With the help of a dream, Vic surrendered to death.

My son David sent his new found Uncle Kel a photograph taken about thirty years ago. Vic’s right arm was lovingly draped across David’s shoulder the same way it was draped over Kel’s shoulder in Kel’s dream. A brotherly, affectionate, comforting hug. 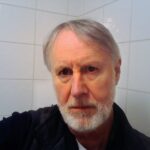 Amazed by the synchronicity, I wondered: “Are the dead closer than I imagine?”

Kel and I continue corresponding and both my sons have exchanged email with their new found uncle. Through the mutual Canadian cousin Flavia, Kel has learned more details about Vic’s father’s family. This is an ongoing story of discovering lost roots for Kel and my sons David and Anthony. I watch in amazement, feeling how close Vic still is.

Have you used Ancestry DNA searches to find lost family? (I have not.) What did you discover? For a story about Vic keeping his father’s abandonment a secret (until he met me), see My Lover’s Secret. For a story about Vic’s last dream about the Spanish King see When Dreams Tell Our Future.