When Dreams Tell Our Future 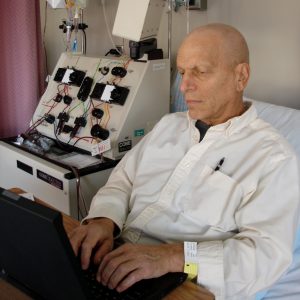 before the stem cell transplant

“I had a dream last night,” my husband said in a thin raspy voice.

“Really?” I said. Although he’d experienced a lifetime of vibrant dreams, he’d had few during recent months fueled by prednisone, codeine, and Ambien.

“Yeah. I dreamed the Spanish king is dead, but I don’t know about it yet.”

I understood the dead part. Vic had asked me to bring him to the hospital a few nights before because he couldn’t breathe. Doctors promised better times with a new chemotherapy regime. I was skeptical and worried about the level of suffering. But Spanish king?

Vic and I loved dreams. We began reporting dreams to each other when we met in the 1960s. In recent years, we attended dream workshops with Robert Bosnak, a writer, a Jungian analyst, and an inspired dreamworker.

Vic died within a week, but I held on to the mystery of the Spanish king. After his death, I googled Spanish kings, looked at dream interpretation books, and asked friends who work with dream images. What was meant by Spanish kings? Nothing felt right. 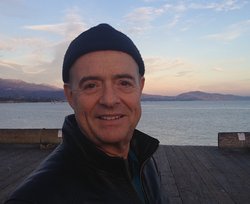 In October, Robert Bosnak came to Ithaca for a dream workshop. He helps dreamers embody the images and rarely does interpretation. I asked anyway.

“Robbie, may I tell you Vic’s last dream?”

“The Spanish king is dead, and I don’t know about it.”

“I’ll think about it,” Robbie said.

Before the afternoon session, Robbie approached me. “You know what I think of when I think of the Spanish king?” he said.

I shook my head no.

“The Spanish kings were the explorers of the New World. Vic was an explorer of new ideas.” 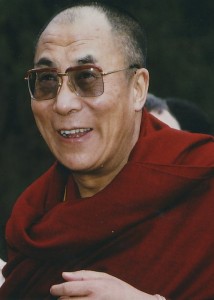 Then I remembered the sad conversation Vic and I had the day before that last dream. He sat on the edge of the hospital bed, his legs dangling over the side, and his back slumped forward. It was the only position in which he could breathe and he would not, could not, lie down. It broke my heart to watch his struggle.

“Vic, you need a goal as big as the one of living long enough to teach with the Dalai Lama and present him with your book.” Vic had reached that goal five weeks earlier, but since then, he was in obvious decline.

“Maybe I could still teach, but I don’t think I’ll be able to do that anymore,” Vic whispered. “I don’t think I can travel, but maybe I can write. But probably not because I can’t think straight with all these medicines. I don’t know what I can do.” 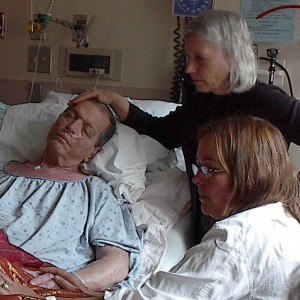 I wrapped my arms around him. He buried his face in my chest and let me support his weight.

The dream repeated the message of our conversation about Vic’s future. Vic had spent his personal and academic life studying new ideas and exploring new worlds of connections in Buddhism, Jungian Psychology, philosophy, and physics. His explorations were over. He wasn’t quite conscious of that yet, but something in him knew.

I believe the dream saved him from more suffering. Knowing, even unconsciously, that there was nothing left in life, Vic surrendered to death and was gone in a few days.

The Spanish king had already died.

Do you look to your dreams for essential information at critical times? If you’d like to learn more about Vic’s work in Tibetan Buddhism, Jungian Psychology, Philosophy, and Physics, visit his website at Vic Mansfield.com. You might also enjoy reading about Vic’s last meeting with the Dalai Lama in The Last Embrace: The Dalai Lama Blesses a Dying Man (in Lion’s Roar, Aug. 15, 2013).