When We Were Almost Poor 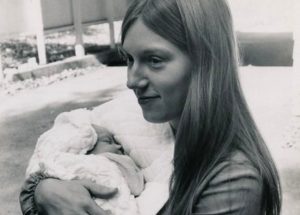 “I hear a baby calling,” I said to my husband Vic in 1970. After a day at Big Basin Redwoods State Park, we were driving toward the tiny stucco house we rented near a walnut orchard and chrysanthemum farm. My passion for a child had risen in the redwood grove.

“I’m ready,” Vic said. I missed my next period.

Did we discuss our threshold status, not quite hippie students and not yet settled into stable jobs even though I was 24 and he was 28? Did we discuss the cost of having a child? Did we know where or how we’d live on one small income instead of two?

No. We trusted life to figure it out. 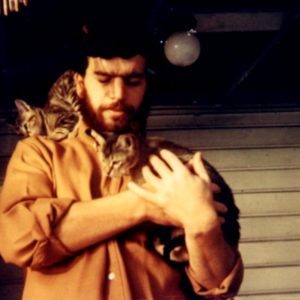 Vic had left his unfinished Ph.D. out of boredom and our mutual desire to do human potential psychology in California. Working half time doing research at Stanford and half time in an experimental ward at a state mental hospital wouldn’t pay the bills without my job.

As my belly and breasts rounded with new life, we hiked in the Santa Cruz Mountains overlooking the peninsula south of San Francisco and eyed the gray smog.

“I don’t want you to work when we have a baby,” Vic said, “and I’m not making enough money.” True, but I hadn’t cared before. We depended on an old used car and spent little. I planned to make a few dresses that wrapped so I could wear them as I got rounder and also when nursing. It had all seemed fine, but now it wasn’t. We had another life to protect. 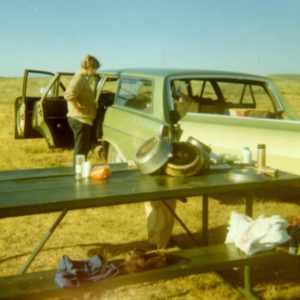 “So do I,” I said, “but we’ll never afford to live above the smog line here. We’ll be stuck near an expressway or El Camino Real with farmers spraying crops.” We didn’t know that where we lived would become Silicon Valley, unaffordable and stripped of orchards.

“I need to finish my PhD at Cornell,” Vic said. I held his hand. This was serious.

“I may never love physics again,” he said, “but I left defeated and all I have to do is write a thesis. It’s time to finish what I started.” 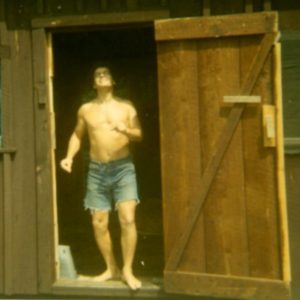 In July, I quit my job and we left our one-bedroom house where we’d conceived our child on a mattress on the floor. We spent a month in Big Sur as scholarship students at Esalen Institute before hiking in the mountains for a month. We headed east, sleeping at campsites in the back of the station wagon. Vic fretted while I trusted. Pregnancy had a calming effect on me. 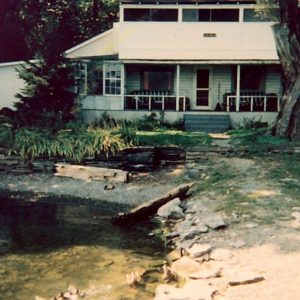 Our rental on Cayuga Lake

We moved into a drafty Cayuga Lake rental near Ithaca, NY a month before the baby arrived. It needed work, but it was $110 a month including heat. Vic fixed the roof and replaced porch boards. Vic’s adviser at Cornell welcomed him back like the Prodigal Son and made Vic a teaching assistant with a small monthly stipend so he could write his thesis and we could buy food.

We had no health insurance, but somehow paid the $800 hospital bill for birthing at Corning Hospital where husbands were allowed in the delivery room. I dressed Baby David in gifts from his grandmas and hand-me-downs from friends. We applied for Food Stamps. No one humiliated us or made us feel like losers. We joined the food coop for inexpensive natural foods and met monthly to divide up the bulk shipments. I didn’t mind. 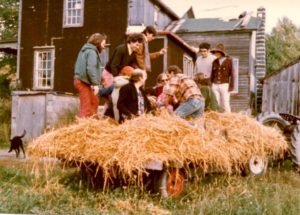 We were poor, but we didn’t feel poor. Life was full of promise for white educated kids. We had a future and we weren’t in debt. Universities and an institution like Esalen offered generous scholarships. Social services welcomed us without suspicion and offered help, and our disapproving families sent cash baby gifts.

Within a few years, we bought a house with beautiful land. The house was close to collapse, but we saved it and worked on it for thirty years.

Life was full of promise and hope in a way many young people can’t imagine now. We didn’t know how lucky we were.

Did you make choices without a clear plan when you were young and full of trust? Or maybe when you were older, as in my decision to adopt a puppy?  Help arrived and she’s working out well! And Vic fell in love with physics again. It hurts to know how hard it is in 2020 to pay for an education and medical care or find a job that pays the rent and buys groceries. For a post about other California adventures, see California Hippie Capers. You might also enjoy My Hippie Wedding: 1968.