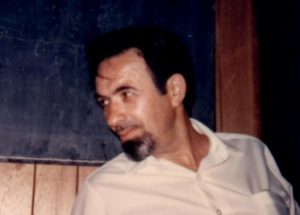 In the American Brahman Bookstore in Ithaca, NY in the late 1960s, a group drawn to the store and teacher learned meditation sitting on lumpy mismatched cushions. At home, Vic and I committed to sitting in meditation for 15 minutes a day. We opened the window a crack to hear the sounds of splashing water and singing birds.

Soon, we meditated 45 minutes a day on firm cushions made for meditation. Sometimes we sat many hours a day during meditation weekends with our teacher Anthony Damiani, the philosopher and meditation master who taught at the bookstore. When Vic and I traveled, we meditated wherever we were.

In those days, meditation meant sitting. 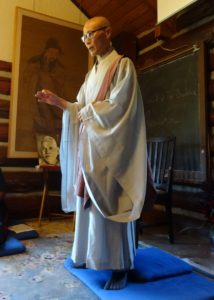 We were introduced to walking meditation by many teachers, especially Tibetan Buddhists and a Korean Zen abbot Venerable Bohm Hyu Sunim, but walking meditation didn’t click with me. I liked sitting on my round cushion with folded legs and no back support. Everything changed when Vic was sick.

In 2007, as I accompanied Vic through cancer treatments, my calmest meditation wasn’t sitting in my room at the American Cancer Society Lodge or in Vic’s quarantined hospital room, but during long walks in Mount Hope Cemetery across the road from the hospital. In January, I pulled on snow pants and insulated boots while Vic napped in his room.

I walked mindfully, aware of my surroundings. I watched bare branches of oaks and maples reaching to the sky while crows called from the roofs of mausoleums. As I walked, I noticed the dusting of lake effect snow and followed my breath until my worried mind quieted. I often visited the grave of Frederick Douglass, an escaped slave, activist, author, speaker, and prominent abolitionist who died in 1895. I circumambulated his stone. 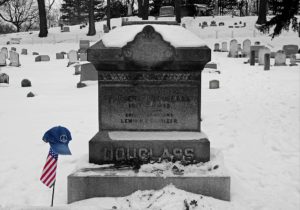 After Vic’s death in 2008, I walked two or three times a day to soothe grief. I noticed the living, blooming, and dying plants and the changing angle of the sun. I noticed my breath as I repeated the mantra taught by many teachers, including Anthony and the Dalai Lama.

This mantra accompanied me on political and environmental marches to Albany, NY, Washington, DC, and more local protests. I struggled with vertigo by then, but inner prayer made political action sacred and necessary. 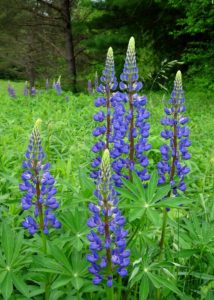 Now, more than twelve years after Vic’s death, I need meditation more than ever, but my body and mind are anxious in these alarming times. So, I return to walking meditation, noticing beauty and changing nature as I walk the trails. I watch my breath and offer prayers for the world and my country as COVID-19 continues on and violence erupts. We’ve neglected racism, inequality, and public health far too long.

On Sunday, I join a gathering for peace in Lafayette Park in Watkins Glen, NY organized by people under 20. About 200 people come to support justice and listen to speakers. Many carry signs. Social distancing and masks are requested and make me feel safe for my first public outing since March. As I stand and walk, I watch my breath and repeat an inner prayer for peace. My heart opens and anxiety stills as I stand with others who want positive change. 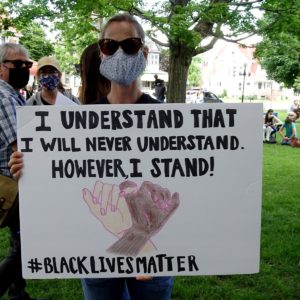 May we remember we are sisters and brothers. May we listen rather than harm. May there be peace, justice, and love.

How are you managing these challenging times? Have you stayed at home or worn a mask in public? Are you on the front lines of healthcare or political action? There are many videos, often showing excruciating anger and police violence, but this video of protesters singing together at a large Washington DC protest moved me: “At the DC protests, a ‘Lean on Me’ Singalong Offered a Moment of Solace.” I wish I’d asked the name of the woman who made this wonderful sign and held it up for a photograph.

Vic and I joined nonviolent political protests before we were married. The first was a walking protest with a Quaker group. I wrote about that in Civil Disobedience against the Vietnam War at Peace Bridge: 1967. I wrote about the Women’s March in January 2017 in Giving Hope and Peace a Seat between Anxiety and Grief: Women’s March on Washington, DC.