Marion Woodman and the Princess Who Said No 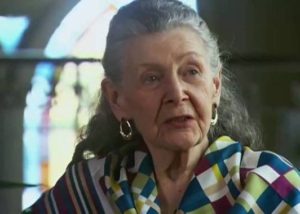 “Why are you giving a lecture?” a woman in the audience said as she stood up. Her voice was hard and defiant. A few others joined the chorus. They wanted intimate groups, creative exercises, and art, not lectures.

I understood. Women and a few men had come to Omega Institute expecting a Marion Woodman workshop. They wanted a body-soul experience with mythology, art work, dancing, and transformation, but Marion was co-leading this weekend with Dr. Carol Gilligan, a professor who wrote In a Different Voice and The Birth of Pleasure. Carol presented her academic lecture with a toss of her long black hair and click of high heeled boots. She was used to being in charge. 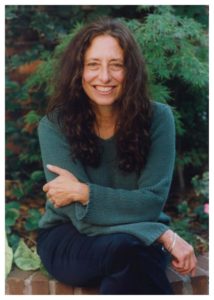 Marion stood near Carol since the anger was directed at both of them. I longed to defend and protect Marion, but she didn’t need my help. Draped in a soft purple shawl and standing strong, she paid close attention to the accusations without a hint of defensiveness.  She simply listened.

The room was set up for a large lecture–hundreds of chairs in rows with a raised lectern at the front, not Marion’s usual style. Dim cold autumn light barely pierced the darkness of the crowded room. As Marion listened to the frustration, the energy of the room calmed and warmed.

Marion spoke next, discussing the need for women and men to balance inner feminine and masculine energies. As usual, she didn’t use notes, and at the end of the morning, she announced an unscheduled dream session after lunch. She wanted to hear dreams about Diana Spencer, Princess of Wales. It was 1997, just after Princess Diana’s death which hadn’t mattered to me, but I was interested in Marion’s perspective. 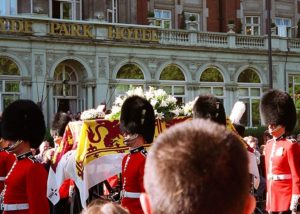 The smaller room was packed as Marion worked with a few dream images. Carol Gilligan wasn’t there. Marion discussed the international outpouring of grief following Diana’s death and wanted to know our experiences and dreams about that event. Marion saw a collective archetypal response to the loss of the young woman who stood up to royalty and power structures. Instead of Diana, the woman on gossip pages, Marion was fascinated by the symbolism of the princess who dared to walk away from the prince, privilege, and palace.

I’d judged the pink flowers and teddy bears piled up near the palace fences as silly, but Marion looked for a deeper significance. Why did so many people, especially women, feel deep personal grief over the princess who abandoned her assigned role?

That afternoon, Marion spoke of the powerful young feminine within women and men that demanded recognition and a voice. In Marion’s words, Diana “left her father’s house” and risked all to find her own life. 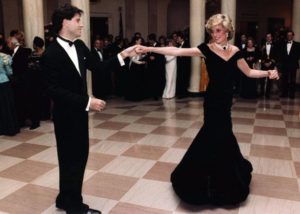 The next morning, Carol shared her research showing how girls in early adolescence step back from power and let boys take the lead. On average, adolescent girls risk less, fear more, and stop taking leadership positions. It’s what our culture expected and demanded, but fortunately that’s changing.

The audience was respectful, but I felt a wave of relief when Marion announced another unplanned gathering. She would lead a ritual dance to end the workshop. About 100 people showed up including my close friends from a mythology class who were also there that weekend. 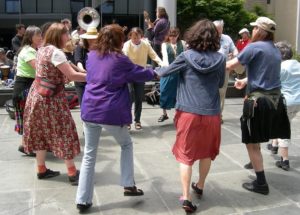 Marion suggested we stack the lines of chairs against the walls. We stood in a large circle as Marion gave simple instructions for a dance I’d done with her before. A circle dance, easy to learn and set to haunting Greek music sung by Nana Mouskouri.

One step in with 2 gentle dips, one step back, dip, dip, one step to the right, dip, dip. Repeat and repeat as the circle slowly moved to the right. We held hands and met the open gaze of those across the circle. We were a community of mutual support and soul connection.

After all, that’s what we’d come for.

Do you remember how Princess Diana’s death affected you? Are you able to listen without defensiveness when people are angry at you? Marion’s openness to receiving anger and her ability to hear and act on the needs of others impressed me. For other experiences with Marion Woodman, see The Black Madonna Wore Pink.  For an article about how I endured anger when people wanted to pollute our beautiful Seneca Lake, see Angry Faces, Placid Water. I’m thankful for use of images in public domain for this story.