The Queen Bee and the Honey Crone 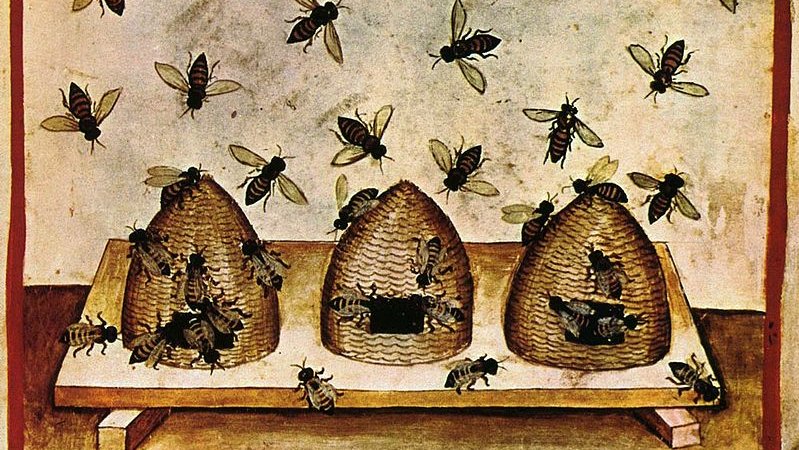 “In Minoan Crete, the Goddess and her Priestesses, dressed as bees, are shown dancing together on a golden seal found buried with the dead.  …the bee signified the life that comes from death…. “Bee Goddess,” Temple of Theola 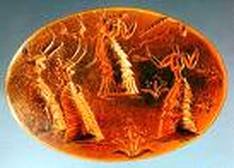 On my last day in North Carolina, my son David and his wife Liz built a new bee hive. Liz held things steady—something she does in many realms—as David sawed and drilled. They taught me how to put delicate wax foundations in each frame to give the workers an easy place to build hexagonal celled honeycomb.

After David and Liz loaded boards, blocks, and the new hive into the pickup truck, we drove to their three established hives. It was 7 pm and 90 degrees. David worked next to the active bees, shoveling, scraping, and leveling the soil. The bees ignored him.

“Don’t stand near their entry or flight path,” David said when I got too close. “Blocking their way makes them mad.” 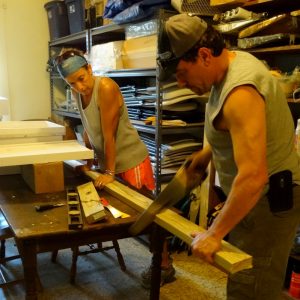 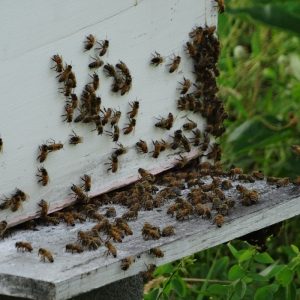 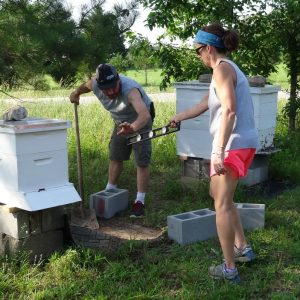 We arrived at the beekeeper’s home at twilight when bees are quiet. She had a Queen for sale. David and Liz put on protective gear and carried their empty box toward her row of hives.

“Stand back,” the bee lady called as she waved me away. I was the only one without protective gear. She had cropped gray hair and was no older than I, but she was in charge. 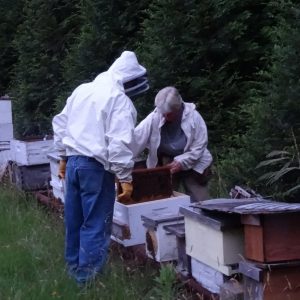 Three shrouded humans stood out against the darkness like cowled monks performing a ritual in the Middle Ages. I imagined bowed heads of ancient religious supplicants as they honored the mysterious magic of the bees. Deliberate, slow, a dance-like meditation.

To avoid harming bees, the beekeeper worked with bare hands as she moved frames from the old hive to the new. She occasionally flipped a bee from her fingers or sent out a puff of incense-like smoke to settle the bees. She spotted the Queen. Thumbs up. The new hive would thrive. 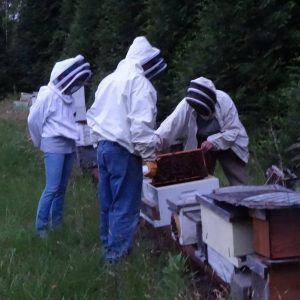 “Two honeybees crawled through my hair,” I told the beekeeper later as I paid for the Queen. It was my gift to David and Liz. “I shook them out. I didn’t get stung.”

We got back to David and Liz’s place after dark. David put the new hive in the place he’d prepared and removed seals he’d put over the hive entrances for the drive. 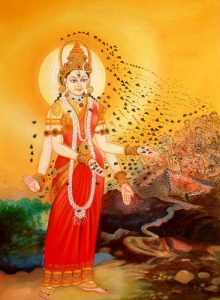 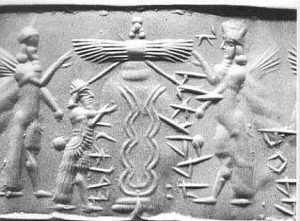 Bees have always been part of human culture and often part of our religion. The Egyptian Goddess Neith (3050-2850 BC) was associated with bees. Honey was found in 3000 year-old Egyptian tombs. In Sumeria, a seal (~2000 BC) honored the honeybee goddess and her devotees. Bhramari Devi is the Hindu Goddess of Honey Bees. In Ancient Hindu texts, the humming of bees represented the essential sound of the universe. 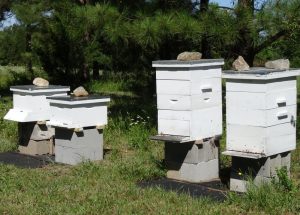 The next morning, I visited the bees. Last year’s bees were most active as they took off for known wildflower fields. The hive from the swarm David found a few weeks ago was busy, but with fewer bees. Bees moved in and out of the new smallest hive, slowly, tentatively. To survive, they needed to find the nearby stream and wildflower fields.

A few hours later, as I watered a bed of parched plants, honeybees sipped from tiny puddles cupped in green leaves. I was happy to help. 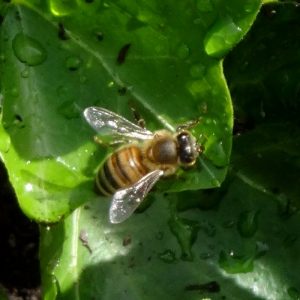 After I returned home, David reported the new hive is doing well. As before, he visits twice a day.

Will I get hives for my land? I don’t think so. I’m already a honeybee supplicant.

Are you fascinated with something you hadn’t considered in the past? I’d love to hear about it. Like many of us, I’ve been concerned about bee disease and hive collapse, so it was wonderful to be exposed to healthy hives and successful beekeepers. Last week, I wrote about capturing a honeybee swarm in Honey Bees and Humans: Our Sweet Interdependence.

There is so much to know about bees and about the mythology of bees. I enjoyed these two sites: Temple of Theola for mythology and Think Like a Bee for beekeeping, bee lore, and great photos. Thanks to Shirley Showalter for recommending “Think Like a Bee.”  For other posts about the gifts of nature, see Finding the Sacred Feminine in Nature and in Friendship.