“Instead of getting angry, nurture a deep caring and respect for troublemakers because by creating such trying circumstances they provide us with invaluable opportunities to practice tolerance and patience.” ― Dalai Lama 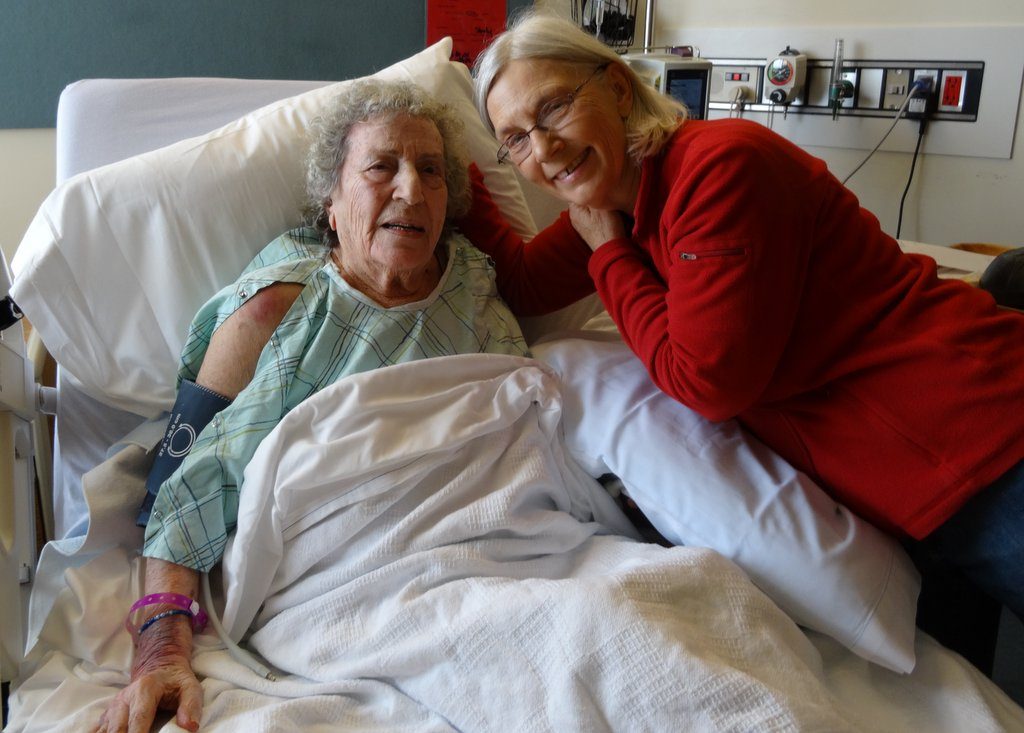 “She’s amazing,” the nurse practitioner said as she discharged my mother-in-law Virginia from the hospital. “Funny and strong. Her heart is powerful. She looks like she’s 85.” A high complement to a woman who is almost 101.

A few days ago at 4 a.m., a woman who delivers newspapers at Virginia’s senior residence saw a bruised hand sticking out of an apartment door. The rest of Virginia’s body was on the floor inside her apartment, wedged against the inside of the door. The woman called 911. 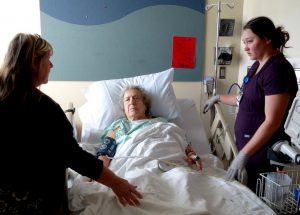 Tinker, Virginia, and a nurse 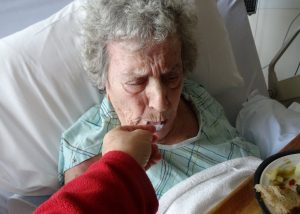 An ambulance crew took Virginia to the hospital before dawn, but didn’t call family (me) or her health aide Tinker even though our phone numbers are plastered all over the apartment. By the time I arrived at the ER, Tinker was there holding Virginia’s hand. “This is my daughter-in-law,” Virginia told a nurse when she saw me. Virginia smiled and pointed at me with a purple finger.

One arm and leg were bruised and swollen. Nothing broken. Even with a walker, she’s survived rough falls for years, so I wasn’t surprised. Her white blood cell count was slightly elevated, so they booked her into the hospital to do more tests.

After one night in the hospital, tests came back clear and her white blood cells were fine. She returned to her senior apartment with round-the-clock health aides plus a visiting nurse and physical therapist. 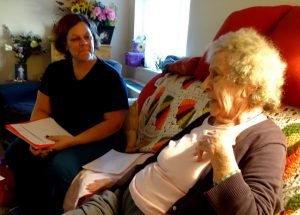 My son thanked me for being dutiful. Yes, dutiful, although not always cheerful. I don’t want to spend hours in the hospital. I don’t want to manage her finances, her health aides and nurses, the shopping, and the rest. I’m tired of being a caretaker, but what’s the choice?

The first time we met in 1966, Virginia sized me up and gave a thumb’s down. By the end of that visit, she screamed Italian profanities, calling me a whore and her son a whore master. He and I lived together. We were in love.

“She’s the wrong girl,” she yelled at her embarrassed son. When Eros fell in love with Psyche, his mama Aphrodite did all she could to keep them apart. The Goddess and the mother both failed.

When outright hostility didn’t drive me away, Virginia unrelentingly criticized my hair, my clothes, my vegetarian cooking, my politics. She was just as hard on Vic, so he and I kept a distance from her, but not from each other. 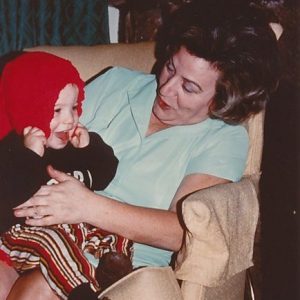 Her resentment softened when I gave birth to two grandsons, but the truce didn’t last.

When Vic and I helped her move from Florida to Ithaca in 2007, she raged like a caged animal. She knew Vic was dying of cancer. She said she’d rather move to Ithaca to be near us than stay in FL by herself. I expected the move to be difficult, but cursing and raging at your dying son and blaming him for having cancer?

After Vic’s death, the blame shifted back to me. She needed to name the one who had killed her only child. Why didn’t I walk away then? I knew that underneath her defensive rage, she was a shattered mother who loved her only child more than her own life.

About two years ago, as she became (relatively) weak, dependent, and forgetful, her rage faded toward self-pity with occasional red flares.

“You’re so good to me,” she says now. She revised our fifty-year history and deleted her years of anger. It’s harder for me to forget. 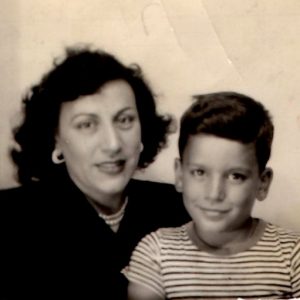 Vic didn’t ask me to take care of his mother. His father wanted an abortion, not a baby. Virginia paid the price for Vic when his dad left her with a one-year old, an eighth grade education, and no way to support her kid. World War II saved her by providing a factory job.

I stayed to help her because she sacrificed so much for Vic and she had no one else. Even more I stayed to heal my resentful heart.

Although she depends on me and calls me her dearest friend, I’m not sure how I feel about her. I do know I’m not angry anymore. Just worn out. 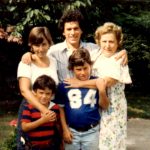 Forgiveness is still a miracle, even if I had to wait fifty years.

We’ve all been tested by family. Is there someone who depends on you and resents you? How do you handle it? For other articles about my relationship with Virginia, see Mother-in-Law Blues: Lessons in “Don’t Bite the Hook” or My Lover’s Mama and the Negative Mother Archetype.