The Memory Game: Sharing Our Secrets and Wounds 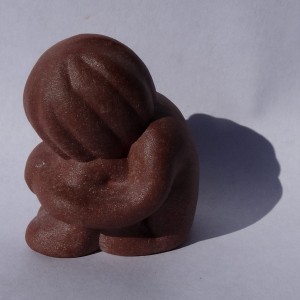 “Tell me the first thing you remember,” I asked my boyfriend Vic. I wanted to know everything.

His jaw tightened. He hesitated. I saw I’d hit a raw place, but it was too late. We were sitting upright in bed, leaning against piles of pillows, naked, side by side. He turned to face me, his eyes filled with a sorrow I hadn’t seen before.

“I remember my mother and a man in a bathroom,” he said in a whisper. “I didn’t know who he was, but the father I didn’t know had returned for a visit. My mother screamed and scratched him. He cowered. I smelled sour booze, vomit, and cigarettes. ‘I’ll get my hammer and help you, Mommy,’ I cried. I must have been three. I don’t remember how it ended.” 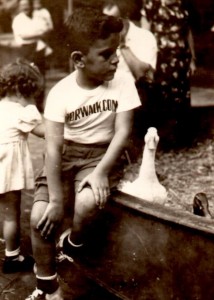 What could I say? I held his hand and leaned into him. And then I wept.

We were in his apartment on West Seneca in Ithaca in 1967. A few months before, Vic had told me his father died when he was a baby. As the harder story leaked out, I understood his lie. The truth was complicated and ugly.

This was the beginning of our game. “What do you remember first? What came after that? And after that?” Instead of happiness, our midnight stories often focused on fear or pain, sickness or betrayal. Somehow we trusted each other with the truth. 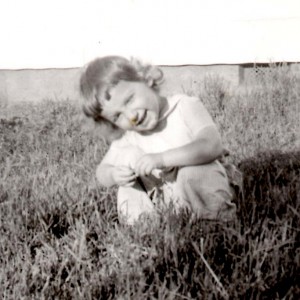 I told him my first memory of sacred light in a Catholic chapel while my mother cried face down on the pew. He heard about her weeping in a heap on the floor but telling me she was fine with a phony smile. I knew something awful was happening, something secret, maybe my fault. He heard about Dad’s long illness. He heard about nightmares after surgery for crossed eyes and my first dog Amigo. I told him about my big brother, my grandparent’s farm in Missouri, and what it was like after Dad died. 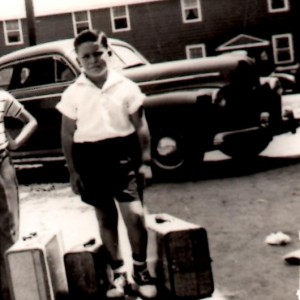 Vic at 9, an unhappy camper

I learned Vic was usually alone and scared while his mother worked nights as a waitress when he was in elementary school. He wept when he said he had to give away Tippy when they moved to a rental where dogs weren’t allowed. He choked as he remembered Tippy straining against a tight chain, trying to follow when Vic rode away on his bike. He said he trapped animals so he could sell the pelts and give money to his mother, but he hated the suffering. I learned that singing solos during mass made him feel close to God, but the nuns said he was a slow learner and trouble maker. Then he realized being smart was the best way to get attention.

Back and forth, night after night, we told our childhood stories. Not the worst stories or hardest stories imaginable, especially not mine, but the mysterious memories that stayed with us in the midst of so much forgetting. They were the wounds we carried and worked so hard to hide. The things that made us feel ashamed and hopeless.

Within the successful graduate student, I saw the heart-broken lonely boy. Within the girl finishing her senior year in college, he saw the cross-eyed sad child. With every story, we trusted each other more. 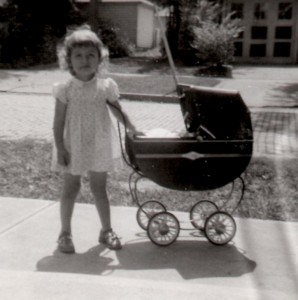 By chance or grace, the inner hurts we learned to hide as kids found a place to rest. Our healing vessel held for a lifetime.

When Vic had cancer, I saw his bravery every day. Every day, I saw the price he paid and tended his emotional wounds. Because of our habit of honesty, there was space for me to admit my exhaustion and fears about life without him. We didn’t wear masks of bravery for each other. We shared all our feelings and fears, acceptable and unacceptable.

It all began with an innocent game of “Do you remember?” 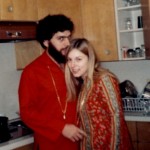 Did you share secrets about your life or your feelings with a lover or friend? Did that change the relationship and make it strong and close? I can imagine this kind of intimacy ending a relationship, too. You’ll enjoy an article about Vic and his father called My Lover’s Secrets.

It was easy for me to share love or sadness, but it took more lessons to learn to be honest about resentments or complaints. For an article about learning to be honest, see The Art of Argument.