Standing up for Mother Earth 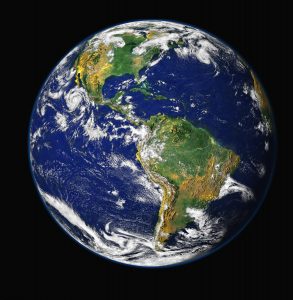 I left home at 4 a.m. to catch a bus to the Forward on Climate Rally in Washington, DC. Six chartered buses left Ithaca, NY soon after 5 a.m on Feb. 17, 2013, filled with people willing to endure a long day and unusually bitter weather to protest the Keystone XL Tar Sands Pipeline. The rally was supported by 168 environmental groups, from Sierra Club and 350.org to Indigenous Environmental Network, Hip Hop Caucus, and New Yorkers against Fracking.

People of many colors huddled together on the stage, some wrapped in bright Native American blankets to protect themselves from the wind. Watching a big outdoor video screen, I was deeply moved by the Native American women who spoke on behalf of the earth and their people, their children and all children. 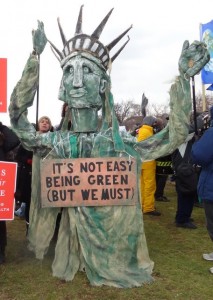 Crystal Lameman of the Northern Canadian Beaver Lake Cree First Nations spoke of what her people have already lost to the pipeline and Casey Camp-Horinek of the Ponca Nation of Oklahoma spoke of the power of people of all cultures standing together. They said we must understand that we can’t drink oil or eat money. I add, we can’t breathe gas fumes. 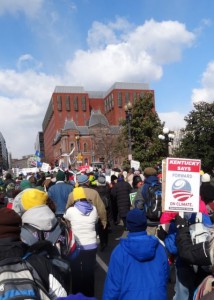 Walking to the White House

These women know that industries and governments out to grab resources will destroy lives and lands. They know what happens when an ecosystem is destroyed by avarice. They know we must stand together and say no to the oil and gas industry before it’s too late.

According to a Natural Resources Defense Council article by Daniell Droitsch, “The Keystone XL tar sands pipeline is a fundamental element in the oil industry’s plan to triple production of tar sands oil from 2 million barrels per day (bpd) to 6 million bpd by 2030, and in the longer term to hike production to more than 9 million bpd. …the U.S. decision on whether to approve the Keystone XL pipeline will have a direct bearing on whether the tar sands industry can attain those goals, with their attendant increases in carbon pollution. Keystone XL would lock the U.S. into a long-term commitment to an energy infrastructure that relies on dirty oil.” 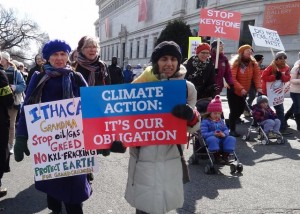 We were 40,000 strong on Sunday. I spoke with people from Nebraska, Kentucky, California, and Canada. I felt the despair of those whose land and way of life is threatened by the pipeline, and I met a woman from Waverly, NY who said the land her grandfather farmed has been decimated by fracking. “Gone,” she exclaimed, throwing her hands in the air. If we aren’t careful, it will all be gone. 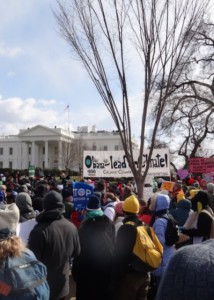 At the White House

We marched to the White House to tell President Obama to stand by his noble words, respond to the threat of climate change, and say no to the pipeline. I hope he’ll say no to fracking, too. We shivered our way back to the Washington Monument and gratefully boarded our buses. Maryl, our kind bus leader, passed around piles of chocolate chip cookies she had made—enough for everyone.

A golden sunset accompanied us as we left the city, and a Moon-Jupiter conjunction brightened our way home. A few rows behind me, a man read a bedtime story to his son as we turned out our reading lights, spent by the cold and excitement. I fell asleep, dreaming that President Obama would see the light, protect our earth, and say no to the pipeline.

Are you attending events, writing letters, or making phone calls to protect the environment? For other blogs about environmental issues, see Angry Faces, Churning Water and Governor Cuomo: We Won’t Let You Frack New York.