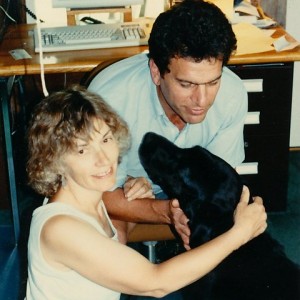 “What the hell did you do to my forsythia?” I screeched.

“We agreed it was too big. It took over the whole yard,” Vic said. “You’re being a bitch.”

“That was my bush. You didn’t ask me.” I’d just come home from town. We’d discussed this plant as it thrived and expanded. I loved its wildness, but it was taking over. We never got around to trimming it in June. It grew like kudzu.

“You can’t trim forsythia in August,” I yelled, red-faced, arms flailing. “It won’t bloom in the spring. Shit! How could you? You can’t…” But he already had. My wild graceful shrub was a round tight ball, an over-trimmed suburban foundation plant.

I stomped toward the house, but glanced back. Vic glared at me, his jaw popping with anger, and then he turned and walked away, toward the barn.

He came inside a few hours later. He did not speak. By then, I felt ugly and aggressive. Even if he blew it, my nastiness was worse. But I needed control somewhere. The plants were my domain. Our life decisions were centered around Vic’s teaching and writing career. My job as a nutritionist was part-time and low pay. He brought in the money, but the house and yard were mine, damn it. Mine.

“You should have talked to me first,” I whined with apology dripping from my voice. He didn’t respond. “Speak to me, Vic. I need to talk to you about this.” 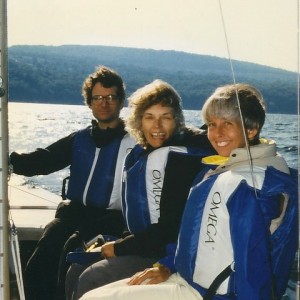 Sailing on Seneca Lake with Fred and Dotty

“I can’t talk to you, E. You’re acting like a monster. Yes, I should have asked you first, but it’s a stupid bush. I didn’t know you could be that mean.”

“I’m sorry I lost it, Vic,” I said the next morning when I came downstairs. He was making coffee in the kitchen.

He did not smile. His shoulders did not relax. He didn’t reach out to touch me. He turned his back. I was scared. I tended toward irritability rather than anger, grumbling not screaming, but I’d gone too far. Just like the forsythia, I couldn’t undo what had been done.

There was a cold truce for a few days. Vic slept in another room and didn’t speak much. I waited. The bush didn’t matter anymore. In truth, the yard looked better without it.

Saturday was my birthday, and we had planned dinner out with friends. To my surprise, Vic didn’t cancel. We drove to pick up Dotty and Fred on our way to town. The silence was awkward, and Dotty wasn’t ready. We waited. What about our reservations? I felt anger rise, but pushed it down and took a slow walk to Dotty and Fred’s pond.

“Oh, I have to stop at home before we go to Ithaca,” Vic said. “I forgot my wallet.”

“What about the reservation?” I asked. 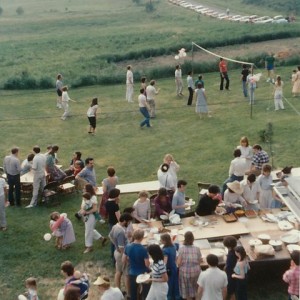 When we drove up the hill toward home, there were 50 or 60 cars parked by the roadside. “What’s going on?” I asked. Vic was silent, but his jaw softened a little. Then I got it. He’d created a surprise 45th birthday party for me. Dotty’s stalling gave our friends and sons time to arrive and lay out a dish-to-pass banquet.

“I had to trim the forsythia to make room for everything,” Vic said with the first grin I’d seen in days. “The kids wanted to put up a volley ball net, and I wanted everyone to have fun.”

“I’m sorry,” I said with tears of shame. “Thank you for giving me a surprise party.” And then, just like a romance novel, he hugged me.

How do you deal with anger and aggression in relationships of all kinds. I hope you also enjoy two other posts about Essential Marriage Skills: The Art of Argument and Talking Back.