In 2009, the year after my husband Vic’s death, my sons and I created a solstice ritual. In Solstice Blessings: A Family Ritual of Remembrance and Love, I wrote about that first of many rituals of love and remembrance. We were on to something good. 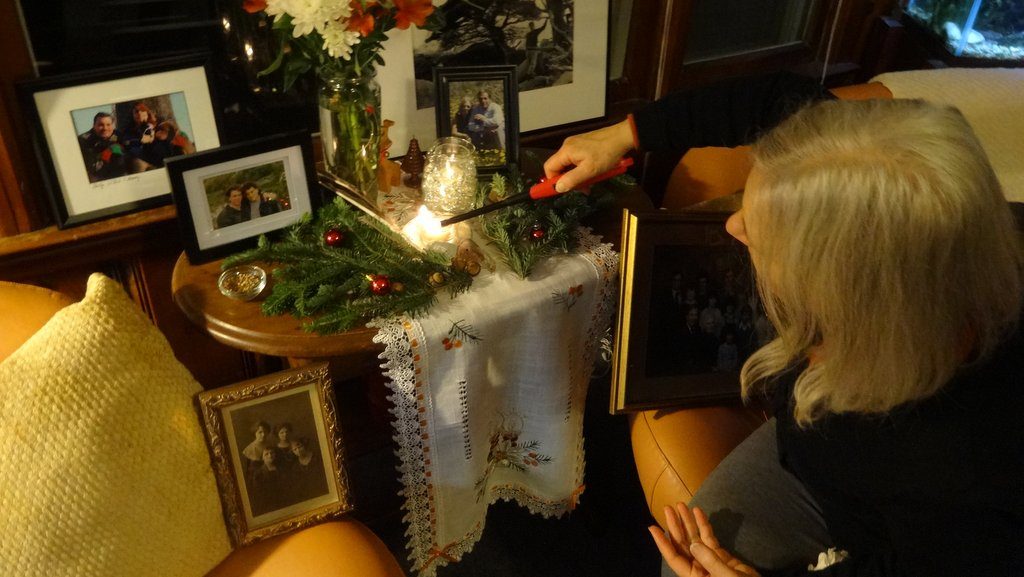 Lighting the Solstice candles at David and Liz’s home, 2014

Winter Solstice, the dark season in the northern hemisphere with its promise of coming light, is a perfect time to honor those we miss. Alone or with others, we pause, remember, and give thanks for who and what we love. 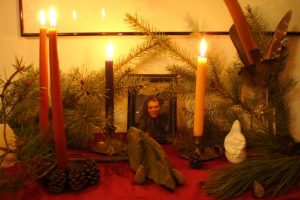 The first Christmas after Vic’s death was miserable. Friends tried to help by inviting us to share in their festivities, but everything felt wrong. We had no idea how to ease our grief.

By the second year (2009), I’d learned how much ritual helps. We kept it small so we could mourn together and celebrate our family in a quiet way.

Since then, we’ve shared many rituals at Solstice and other times, too. Two days before David and Liz’s wedding, we created a ritual to honor the fifth anniversary of Vic’s death. After acknowledging that we missed Vic’s presence, we fully celebrated the marriage. That wedding and welcoming Liz into our family was the best thing that had happened in five years. 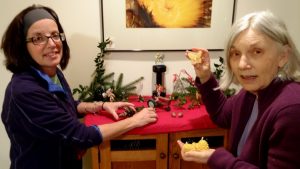 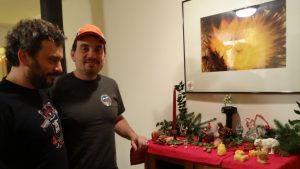 Anthony and David making us laugh, 2015

Every Solstice ritual is unique. Sometimes we walk to the place where Vic’s ashes are buried. Usually we gather pine cones and evergreen branches for an altar in the house. The altar differs according to what people bring or find, but we create it together. That’s the only rule. Last year, it got silly (silly was good!) when Anthony dragged out a box of old toys–and a weight-lifting dumbbell. 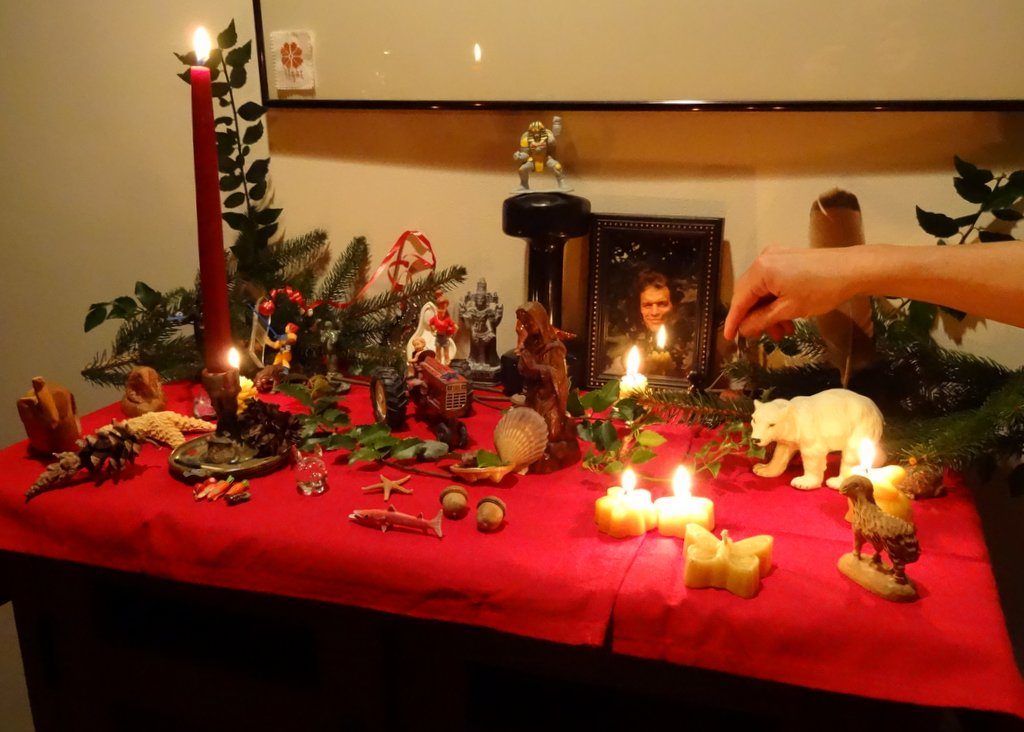 After we piled on the toys and laughed, we shared what we wanted to release from the previous year and what we hoped for the coming year. Then we told stories about the toys. 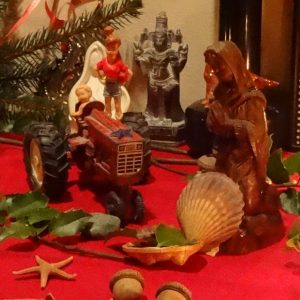 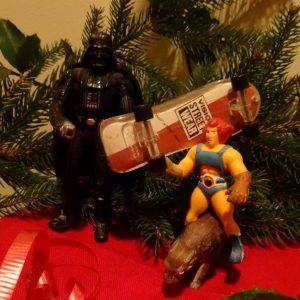 This year, neither of my sons will be home on December 21, so I’ll have a quiet candle lighting. David, Liz, and I will share a Solstice ritual when they arrive a few days later. Anthony and Jenna will be on the west coast. I wonder if they’ll have a ritual, too. 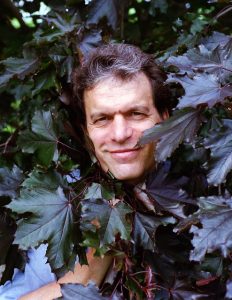 We’ll miss the guy who loved to make us laugh

We all miss someone–a parent, a grandparent, a child, a spouse, a friend, a pet. When we make space for grief, we open our hearts to ourselves and each other. Isn’t that what we want at Solstice and any time of year?

Blessed Solstice to you and yours.

Do your holiday rituals include remembering those you miss? It might be those who have died, but also family members who couldn’t join you this year. Does your family make room for losses during a celebration? Could this make you feel closer to each other? If you’d like more details, see How to Create a Solstice Ritual: Honoring Nature’s Pause.