A Spiritual Path with Heart 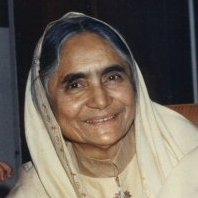 Gayatri Devi was close to sixty when I met her in the 1970s. She was small, dark-eyed, and bubbled with joy and laughter. She wore a white sari with a cloth draped loosely over wavy graying hair. I was drawn like a bee to clover.

Friends had told me about a spiritual teacher who focused on devotional practices (bhakti) rather than philosophy. Mataji (Honorable Mother) led the Vedanta Centre in Cohasset, Massachusetts and another center in California. She was a monastic, ordained to teach Hinduism and spiritual practice in the Ramakrishna order. In 1940, her teacher Swami Paramananda made a bold move and named a woman—young Gayatri Devi—to lead the US centers after his death.

Anthony Damiani, my spiritual teacher near home, focused on philosophy. At that time, his meditation instruction was austere. Sit on the cushion. Look at the mind. Don’t move. Even if your knees scream. I liked the challenge, but spiritual practice felt dry. I longed for more. 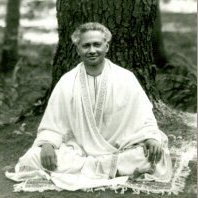 In 1974, my husband Vic and I went to Cohasset for a fourth retreat. We took our four-month-old baby. Residents and visitors gathered at a long table on a glass-walled porch for meals. The food was vegetarian with an Indian flare. Mataji beamed at the head of the table while residents passed our baby around and cuddled him.

“This is delicious,” Mataji called out to the cook who’d made lunch that day.

“Ma, look at my new shoes,” a young woman said showing Mataji her sandals. Really? She showed her spiritual teacher her shoes? Mataji was Ma on every level. 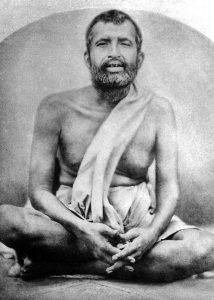 The cook presented a platter of vegetables and rice to Mataji before serving others. “Thank you, Ma,” Mataji said looking into her devotee’s eyes with her hands palm-to-palm and a smile. Every kindness was an act of Divine Mother.

During meals, people discussed gardening and spiritual practice. They shared ashram stories and enjoyed the food. Mataji asked for news about anyone missing.

Vic planned to take care of our baby so I could meditate, but a devotee volunteered to babysit. “It’s no problem,” she said. “I’m nursing my baby, too.”

“Ma, we wrote a new song,” a student announced at the end of lunch.

“Play it at Bhajan,” Matiji said. Bhajan means “sharing” in Sanskrit. A spiritual ritual of musical, poetic, and devotional sharing. 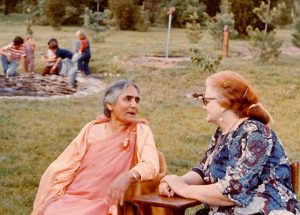 After dinner, we gathered around a fire. Forty women and men sat on the ground or wooden benches. A few women nursed babies. Men carried children on their backs. Devotees spoke and sang in a free-form musical flow. A few danced.

Mataji didn’t care who was Brahman or Buddhist or Christian, first-time visitor or life-long devotee. She welcomed the mix of Western and Hindu-inspired music and prayers accompanied by Indian and Western instruments.

I rocked our baby on my hip and swayed to the music, tired, but ecstatic. My full feminine self, including my milk-laden breasts, felt at home here.

“What draws you to Gayatri Devi?” my teacher Anthony asked when we returned from Massachusetts. He seemed curious rather than challenged. 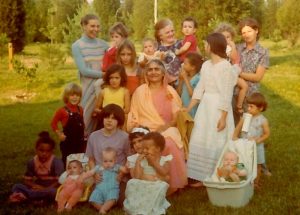 “I love the music, the candles, the prayers, and the chanting,” I said. “I love the focus on mystical devotion. When I meditate at the ashram, I feel settled, open-hearted, and quiet.”

I don’t remember Anthony’s words, but our daily meditation at the philosophy center gradually changed. Anthony lit incense as he always had, but also played spiritual music from many traditions before we sat. In time, he included inspiring quotes, prayers, and sacred passages.

By 1980, the heart-centered ritual that drew me to Mataji was part of my daily practice.

Have you had teachers who showed you the value of heart-centered spirituality? I imagine mothers and grandmothers, wives and daughters, as well as men and women spiritual teachers. Falling in Love with Marion Woodman: 2003 is about my relationship with another teacher who transformed my life.