When the Dalai Lama Blessed the Children 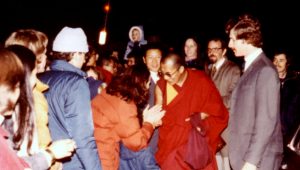 Meeting the Dalai Lama at the Ithaca Airport, 1979

When the Dalai Lama visited the United States for the first time in October 1979, he spent four days at Wisdom’s Goldenrod, a philosophy and meditation center near Seneca Lake in New York. Sidney Piburn, a friend and mutual student, had visited the Dalai Lama in India and arranged the visit. 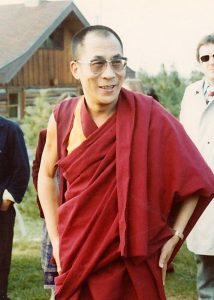 Dalai Lama outside the library, 1979 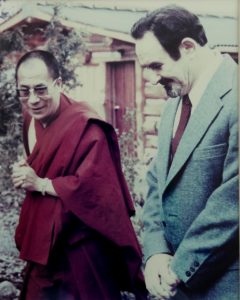 On the last day of his stay, the Dalai Lama met with about twenty children and their parents in our newly built library which he’d dedicated a few days earlier. There was little security. No mobs waited for his blessings.

We didn’t know how lucky we were.

The Dalai Lama sat on meditation cushions next to our teacher Anthony Damiani. His Holiness beamed as the children sang an old Irish song to welcome him: 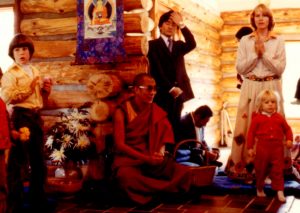 May the long time sun shine on you,
all love surround you,
and the clear light within you
guide your way home.

His Holiness listened and sat in silence for a few minutes. Then he chanted Tibetan words coming from the depths. The kids stopped fidgeting. We were all quiet.

When the Dalai Lama looked up and smiled, the children lined up and chose a flower from a basket of blossoms provided by the moms. Each child, the oldest first, approached His Holiness and gave him a flower. Some were shy, but no one was afraid. 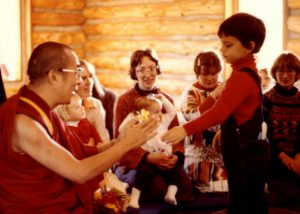 Anthony Mansfield offering a flower to the Dalai Lama

The Dalai Lama received and carefully inspected each flower before handing it to an attendant. He looked deeply into each child’s eyes and bowed to them with his hands palm to palm. Sometimes he reached out to pat a chubby hand or chuck a chin. Each child bowed back or the parent holding them bowed. The room filled with the humming grace that comes in the presence of a great being.

Someone had agreed to photograph each child’s interaction with the Dalai Lama. Our son David who was nine was one of the oldest kids and was first or second in line, but the camera wasn’t ready. There was no photo of David and His Holiness, but David got something better. After that first meeting, we knew to follow David at any Dalai Lama event. He intuitively knew where the Dalai Lama would appear or where a line would form for blessings. 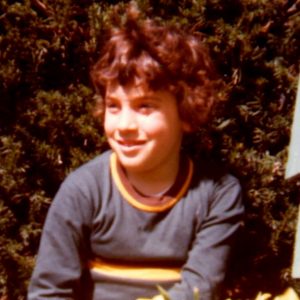 After waiting in line in India, my son bowed and gave His Holiness the photos. The Dalai Lama inspected them carefully and reached out to grab Anthony’s goatee. Gently shaking Anthony’s chin from side to side, he said with his cosmic laugh, “Old friends. Old friends.”

How fortunate to be blessed by this man who sees all human beings as friends. 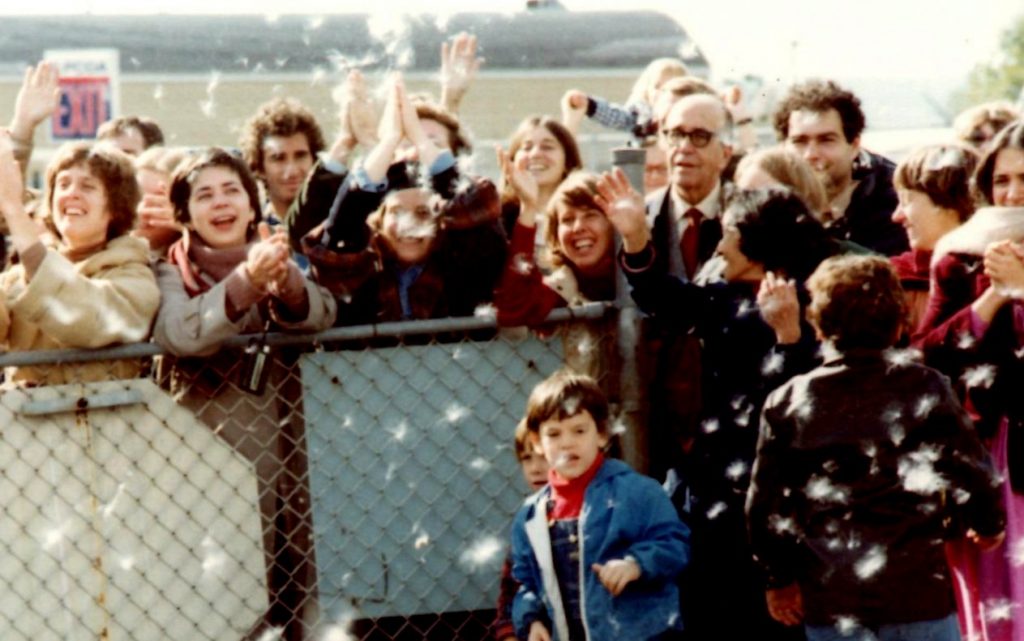 Saying goodbye at the airport

This is an expanded version of a story from my book Leaning into Love: A Spiritual Journey through Grief. The world feels brutal, so it’s good to remember the blessings. Have you met people who awakened your heart? I’d love to hear about your experiences. I hope you enjoy other pieces I’ve written about the Dalai Lama: Zapped by the Dalai Lama and Permeated by Peace: In the Dalai Lama’s Presence, 1989.