Traveling Solo But Not Alone: Managing a Meltdown 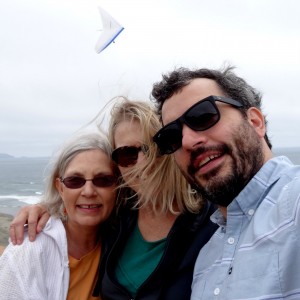 With Pat, Anthony, and a hang glider

My plane left San Francisco at 6 a.m. I curled into a window seat with Flight Behavior by Barbara Kingsolver. When I arrived in Newark, I read the departure board. Flight to Ithaca canceled due to air traffic control. What?

“I can’t hear you,” I said to the airline employee when I asked for help. She shrugged her shoulders. 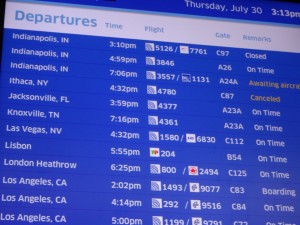 “May I help you?” a smiling man said when I got through the line. It was quieter there. I handed him my boarding pass.

“We have you on a flight tomorrow night.”

“How about another airline?” I asked.

He shook his head no. “Nothing available until tomorrow night.”

My heart sank and my belly knotted. I felt like a helpless child. I scolded myself for making a catastrophe out of an inconvenience, but that made me more desperate. I felt lost and vulnerable, captured by what C.G. Jung called a psychological complex. Where was the calm woman who gives book readings and radio interviews? Where was the part of me that could face death without flinching? I longed to call my husband Vic, my safety net, but he’s dead. I sank toward “all alone in this world,” but dug down and caught myself before the crash. 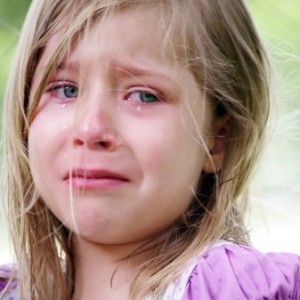 “You’re OK,” I told the helpless child in me. “I’ll take care of you. I’ll figure this out. What’s the worst that can happen? No one is dying. We’re safe.” My belly relaxed.

I text messaged my son Anthony while I drank a cup of green tea: Stuck in Newark. No flight for 36 hours.

Ugh, he wrote back. There‘s a bus from Newark to Port Authority and a bus to Ithaca.

Of course. I knew that. I found ground transportation and the bus to Port Authority in Manhatten by following more pointing fingers.

“Are you handicapped?” she yelled. Handicapped? In this noisy environment of buses and honking horns, hearing loss makes me helpless and confused.

“I can pay the full fare,” I said when I realized she was giving me a less expensive ticket. She smiled and gave me change and my handicapped ticket. 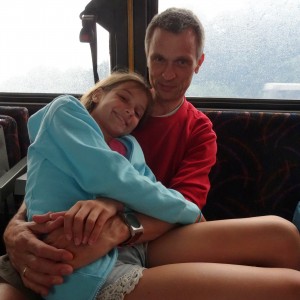 On the bus to Port Authority, I sent a text to my friend Barbara: Do you know the bus schedule from Port Authority to Ithaca?  I got an immediate message. As I read her clear kind information about bus times and where to buy tickets, tears rolled down my cheeks. I was not alone.

On the bus, I watched a girl on her daddy’s lap. I imagined my inner child sitting on my lap. I know you’re frightened, I told her. Trust me. We’re doing fine.

At Port Authority, I messaged Anthony and told him I’d be in Ithaca at 11:40. He wrote back: My friend Rick will make sure you get to your car at the Ithaca airport.

You don’t have to do that, I wrote. 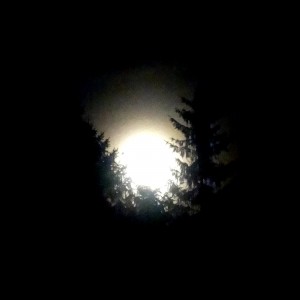 Text when you get home, Rick wrote when I told him I was in my car. Drive safely.

I got home around 1 a.m. under a full moon. I sent a text to Rick and Anthony. I’m home. Thank you for helping me out all day.

It’s hard to admit I became so upset over a small setback I could have handled on my own. I know my feelings were connected to sadness about returning to my solo life and the isolation and frustration that come with hearing loss, but the day became a positive lesson in managing unconscious eruptions.

Sometimes a text message feels like the answer to a prayer.

What do you do in meltdown moments when you disapprove of your own emotional reactions? For other posts about receiving help when we need it, see Befriending Myself: Rescued by Pema Chodron or Let the Warm Love Flow: Messages from Marion Woodman.