Healed by Nature, Inspired by Love 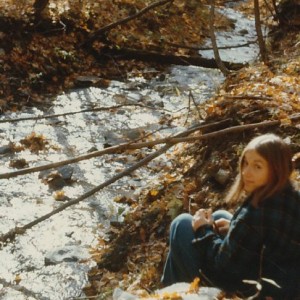 In 1967, Vic persuaded me to lie in a sleeping bag on the cold ground in March. We held each other while waves of green, yellow, and pink tinted the sky—a divine aurora borealis lightshow. It was the crescendo of our first winter of midnight love, Golden Delicious apples, Walter Benton’s poems, and Buffy Sainte Marie’s songs.

“Bring your sneakers,” Vic said on a sunny spring morning. He drove his battered VW bug to a rushing creek near the Cornell campus. He stood in the stream bed, grinned up at me, and held out his hand. I grabbed and stepped into the cold water. My feet were numb, but my body was on fire. We waded and walked up small waterfalls. He named the trees and pointed out the wildflowers. He was a physics graduate student, a motorcycle racer, and a wild dancer. He was also a nature mystic. 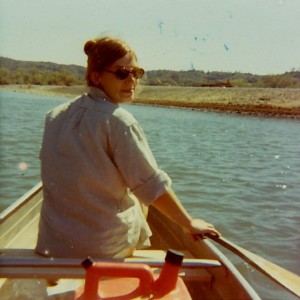 After we married in 1968, we moved to an almost winterized rented cottage on Cayuga Lake. We were graduate student poor and Vic was practical, but he longed for a canoe.

“I’ll teach you to paddle,” he promised. “You’ll love it.” We paddled up and down and across Cayuga Lake. We paddled in the Canadian wilderness, eaten alive by bugs. 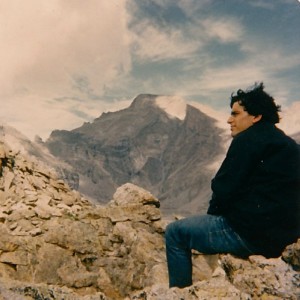 Longing for adventure, we drove to California. On the way, we scrambled up remote Rocky Mountain trails—my first wilderness backpacking trip. Vic read topographical maps and used his compass to find the way. We watched still mountain lakes at sunset. At night, I shivered against Vic’s heat.

In California in 1970, Vic took nude photos of me and my pregnant belly overlooking the Pacific Ocean. (Yes, I have the photos. No, I’m not sharing them.) I loved being his Earth Goddess. Within days, we knew I had been standing in poison oak. I soaked the angry blisters in hot springs overlooking the Pacific while sea otters whacked abalone shells on the rocks below. 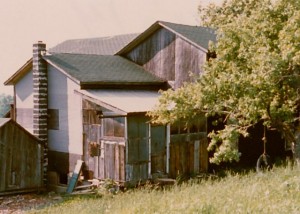 The house that broke our mother’s hearts

“We’ll never afford land above the smog line,” we decided after a year in California, so we returned to Ithaca to our rented house on Cayuga Lake. In 1973, we bought an iridescent pink and golden sunset overlooking Seneca Lake Valley. Seventy acres and a farmhouse in death throes came with the view. 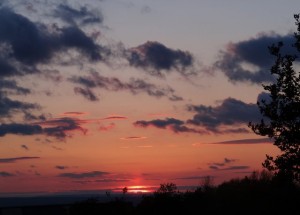 Eight days after Vic’s death in 2008, I dreamed I would live in the House of the Green Man. Who was the Green Man? I learned he was a pre-Christian Northern European God of Nature and Rebirth.

I walked the trails on my land and saw the Green Man everywhere. I watched the earth burst forth, let go, and wither toward winter before greening again. I learned to trust the yellow trout lilies and bluebirds in spring, the summer daisies and honey bees, the autumn goldenrod and monarchs, the winter acorns and deer prints in the snow. The sun 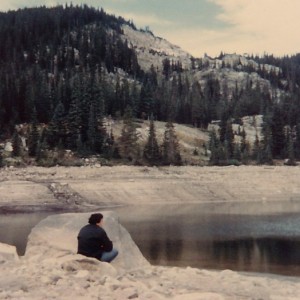 cycled north and south along the western horizon. I depended on it.

I felt at home in the cycles of Life and Death. The grief-scattered fragments of my psyche reassembled in new patterns of possibility. The nature mystic’s path had become my own.

Do you find healing in nature? For other stories about my early life with Vic, including our favorite Buffy Sainte Marie song, see Until It’s Time for You to Go and California Hippie Capers.