Is There a Time Limit on Love? 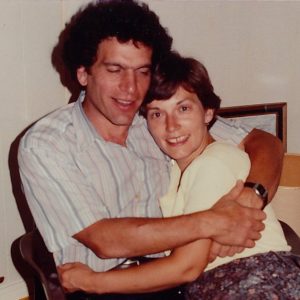 A woman told me people seem uncomfortable when she mentions her dead husband. “My husband would have loved this” or “his love still supports me.”

Why does his presence in her thoughts disturb her friends? Why is it odd to stay in relationship with a person after they’ve died? It’s expected and desired in so many cultures, but not in ours.

When I ask women whose husbands died twenty years ago if they think about them, the answers are consistent even if they’ve remarried. “Of course, but I don’t say so. People think I should get over it.” 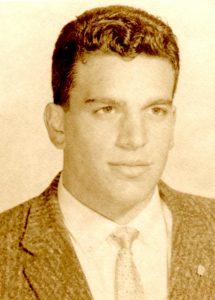 Fifty years ago next week, I met a man in a motorcycle shop. I was with my roommate who was interested in this graduate student who raced motorcycles.  He had short black curls and wore coveralls. He held a wrench over the upside down skeleton of his “bike.”  He avoided her, but she and I stayed a while. My heart pounded as he bantered with the scruffy motorcycle guys.

Like most of us, I longed for love when I was twenty-one. Call it hormones, but I was fussy. I wanted someone to match an inner part of myself I couldn’t name, an ideal masculine or animus. Like Eros aiming an arrow, my projection flew across that grease-scented room, landed on the motorcycle guy, and pierced. 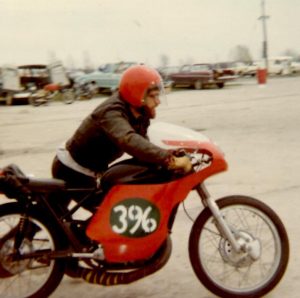 I longed to know him, hear him, touch him.  After our first night together, I was afraid to leave. I didn’t want him to disappear. In our first months, we were together at his apartment, in his VW bug, at a local diner for breakfast, at anti-Vietnam War rallies, and even for a few motorcycle race weekends before he mercifully gave that up the following summer.

Unconscious projections can land in dangerous places and create harmful, destructive relationships. Marion Woodman called that possibility the “demon lover.” When I told her my story, she said in a deep serious voice, “You were so lucky.” I knew I was.

Sooner or later, every perfect image develops cracks. Vic, the actual flesh-and-blood man, was afraid to commit. Sometimes he wanted to be alone. Sometimes he took too much space. Sometimes he had the flu and a runny nose. He was anxious when he left graduate school in the middle of his dissertation. When he confessed he was scared, I knew we were getting somewhere. 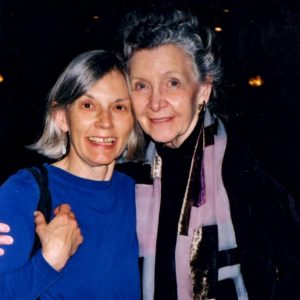 Of course, I wasn’t quite what he expected either. It took time and years of psychological digging to know the individuals beneath the projections.

During our years together, I reclaimed many of the qualities I’d seen in him. He did the same with me. I became more daring. He became less afraid to love. Still, some essence of that strong projection remained, even as it was clarified and illuminated in time.

When he died, the inner connection remained even though the outer man was gone. My dreams continued using Vic as an image of the ideal masculine, encouraging me to find my way on my own. The motorcycle guy showed up in a dream to encourage me to finish my book and see the project through to publication. After years of projecting daring risk-taker on him, it was my turn to take a leap. 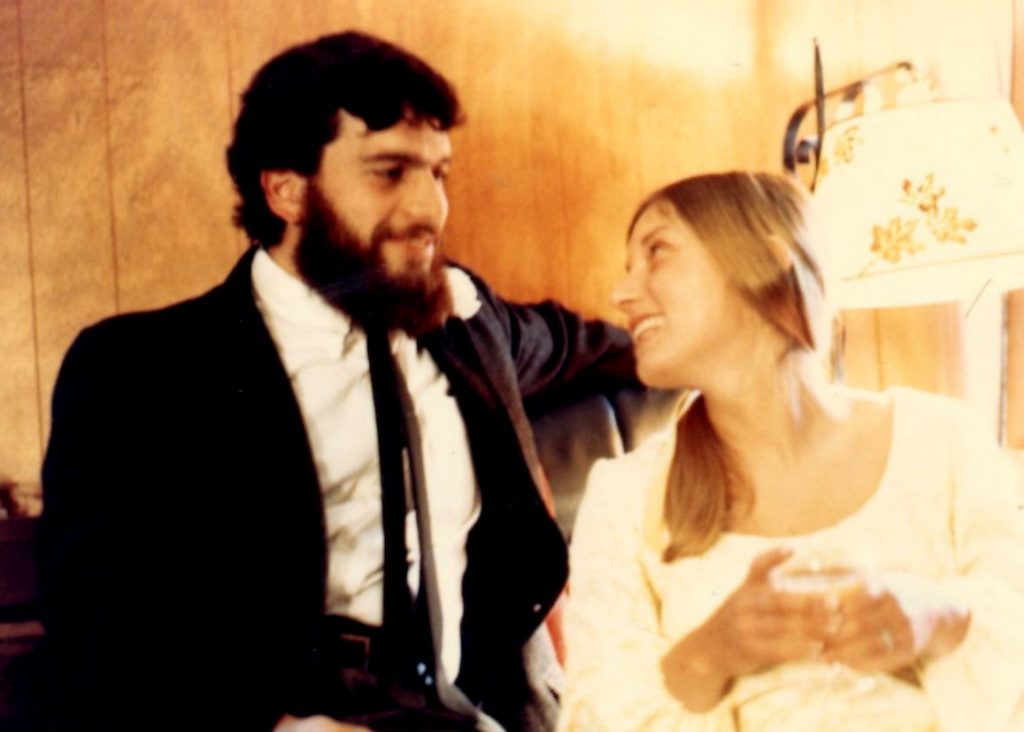 The projection that stayed

Eight years after his death, he’s still alive in me. I don’t imagine this as his spirit or soul still here on the earth plane, although some interpret my experience that way. I think of him as the positive inner masculine within me.

Is there a time limit on our inner connection with someone we love? So far, not for me.

Have you had similar experiences? Do you cultivate the memory of someone dear to you who has died?  You might enjoy Bookends of a Marriage about the moment when I first met Vic and its connection to our last days together. For another post about the influence of Jungian ideas when I was young, read Captured by the Mother Archetype.