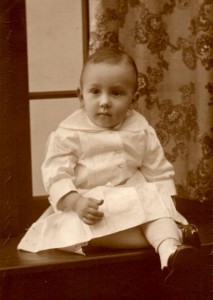 My Father’s Day story, “Running from Dad’s Death,” was posted at Open to Hope today. It’s about the last time I saw my dad, just a few days before his death. I was fourteen and scared, unprepared for death in a way I can hardly imagine now.

My dad, Lon Ware, was born in Chicago in 1915, the first child of Zeola Edna Munderbach and Lon Cleaver Ware, Sr.

When my Great Grandfather died around 1920, Grandpa Ware moved his wife and two young sons from the big city to the rural homestead in Missouri where he had been raised. After high school, Dad went to Toledo, Ohio as a salesman for A.P. Green Firebrick Company and met Mom.

Dad came home from World War II with an incurable kidney disease. In 1948 when I was under three, I remember visiting him in the hospital. He was often sick but when he rallied, he took me for BLTs and apple pie ala mode at the Pie and Sandwich Shop in Mexico, MO. There were afternoons walking around the nine hole golf course when he felt up to it. There were Sunday dinners at my grandparent’s farm and holding Dad’s hand as we walked down small town streets. When I was with him, I knew where I belonged. 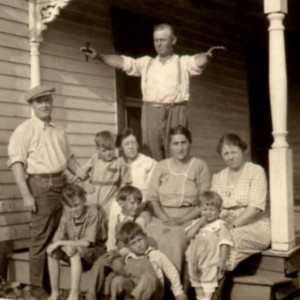 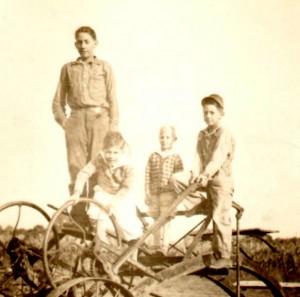 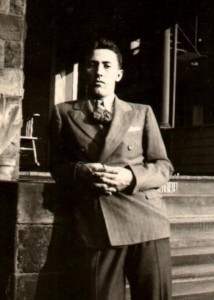 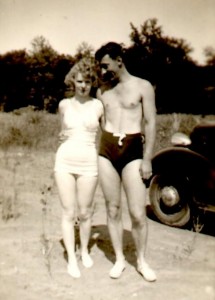 …where he met my mom and fell in love (obvioiusly)

My parents tried to shield my brother and me from his illness, but I felt the pervasive anxiety and dread and worried about those secret whisperings and hospitalizations. There was always love. While Mom tried to correct and fix me, he made me feel I needed no improvement.

Dad was forty-four when he died in November 1959. In his last years, he spent most of the time lying on the couch or in bed. I hovered near him, but never understood or believed he would die. 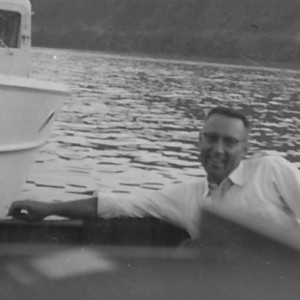 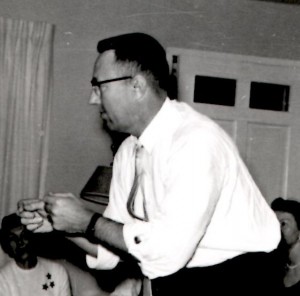 I have only a few photos of me with Dad. This was taken two years before his death when we were leaving Missouri and moving to Michigan. Dad was too sick to run his building supply business, so he sold it to his brother and took a less demanding job. No one wanted to go.

There’s something disturbing and fitting about his chopped off head. It must have been a terrible time for him, a defeat after ten years of willing his way through illness and beating the odds. In Michigan, he set his family up in a place where we could manage without him and died two years after the move. We didn’t manage well. 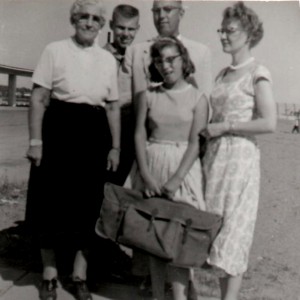 As you’ll read in “Running from Dad’s Death,” I didn’t know how to say goodbye and no one knew how to help me. My grief after my husband Vic’s death merged with the unexpressed grief of a fourteen-year-old girl who was afraid to cry and didn’t say “I love you.”

I’d love to hear stories about your dad and the good and not-so-good ways you said goodbye. For an article about my dad’s philosophy of life, see Say Yes and Leave Your List at Home. Here are excellent resources about helping grieving children: Teen Grief: Mourning the Death of a Parent, Helping Grieving Children and Teenagers. and The Death of a Parent: Healing Children’s Grief.