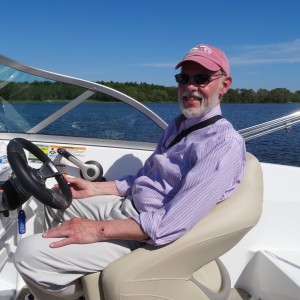 “No detectable disease on CAT scan. Better than last time.”

I received this text message from my brother Jim as I loaded my car to drive to his home seven hours away. When I read the message, I wept. Then I danced in my driveway. We expected scan results that day, so I was hopeful with an edge of anxiety. Each scan feels like going before the judge. What will the sentence be?

Jim was diagnosed with cancer more than eighteen months ago. He did well with chemo, but suffered harrowing surgeries. It was worth it when cancer receded—for a while. After cancer returned, he had another rough period, but since March, he’s built strength and felt surprisingly well. 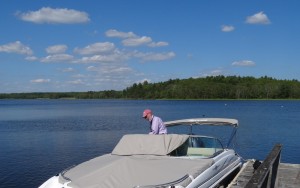 What can we do when illness and grief become a permanent part of life? How do we avoid being consumed with fear and worry?

“I’m buying a boat,” Jim said in the spring. “This may be the last summer I feel good. My bucket list is more time on the Westport River.” He’s traveled all over the world and had an impressive career. He still works part-time in his seventies, but cancer changed his priorities to less work and more time in a quiet flat-bottomed boat suited for this river that flows in and out with the Atlantic tides.

“When you visit, we’ll go out on my new boat,” he said a month ago. 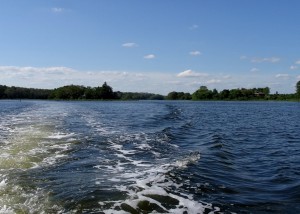 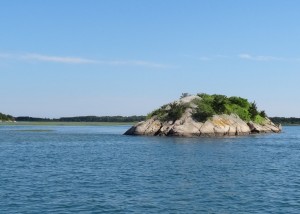 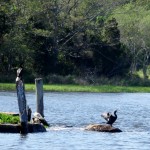 Once on the boat, Jim moved into another world. He focused on removing snaps in the right order, folding things just so, lowering the motor to the right angle, and untying and securing ropes. 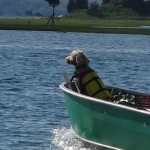 In the driver’s seat, he turned ecstatic. We traveled south toward Buzzard’s Bay, following the buoys that mark the deep ocean current under the river. He pointed out landmarks he loves, birds, dogs in other boats, and the old town of Westport. Westport, settled in 1670, was the westernmost port of the Massachusetts Bay Colony and an early center of shipping and shipbuilding. 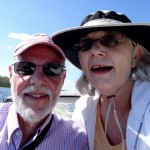 The sun was warm, but not hot. The breeze was constant and gentle. Jim had planned our trip for high tide. I felt once again how large bodies of water absorb and calm turbulent feelings.

My brother has a realistic scientist’s attitude. He reads Atul Gawande and thinks about the big questions. He may not think of his boat in terms of soul care, but I do. The Westport River is a good place to grapple with the Great Unknown. 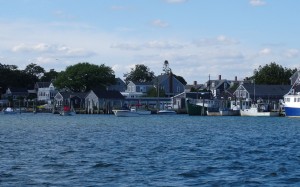 “I’m glad I wasn’t at death’s door this visit,” Jim said as we hugged goodbye the next day.

“I’m here for you no matter what the test results,” I said.

“Yeah, but I prefer it this way,” he said with a grin.

We laughed. Yes, so much better this way, but the seriousness of his situation adds weight and urgency to our connection. Life is precious when we admit we are mortal.

Where do you find solace and comfort? I visit my forest and lean into big trees or go to Seneca Lake and throw sticks for my dog. What soothes you when you’re worried about health issues or sad about losses? For another post about turning to nature for healing, see Planting Joy in a Season of Sorrow. I also suggest exploring Mark Liebenow’s website Widower’s Grief for inspiring articles about healing the heart in Yosemite.