Betrayal of the Body: The Secret Life of Cancer 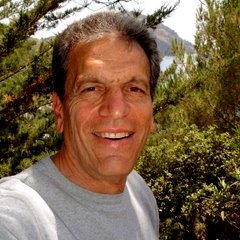 It was only a little flu. After Thanksgiving break, Vic’s students often returned to campus with international viruses. His flu shot wasn’t effective, even though mine was. Just the luck of the draw.

Symptoms weren’t severe—runny nose, coughing, and fatigue. Vic kept teaching. He stayed with strength training and aerobic exercise, although it was a push. He had an appetite.

“Maybe you should see Michael,” I suggested. Michael Eisman was our dear friend and doctor.

Vic was the strongest, fittest 65-year-old man imaginable. Retire? I could hardly believe what I was hearing, but it was a relief to consider the possibility. We hated living in two places, moving back and forth between our home in Hector on the weekends and the “work camp” in Hamilton during the week. Vic taught at Colgate and I had a sweet little job leading women’s nutrition and exercise classes in the Faculty and Staff Wellness Program, but we wanted to live in one place, at home on our land in Hector. 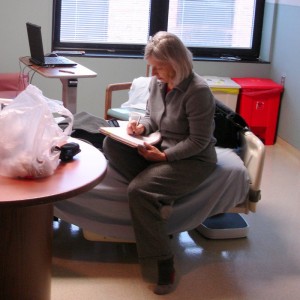 “I want to write and give lectures and workshops,” Vic said in December. “I can’t do that, teach, and commute. I’m just too tired.”

I assumed he’d get better during semester break—a full month at home in Hector with no teaching and traveling. In January when we returned to Colgate, he rallied, but still had dark circles under his eyes and constant congestion. A week in the sunshine during spring break made things worse, but in April his symptoms receded.

“I feel better,” he said, and he did. He prepared for a lecture/workshop trip to Sweden in May and a week in June at a conference in Spain. He’d be rested by then. We were sure.

“I think you should see Michael,” I said before he left for the first trip.

“I’m OK. I’ll see him at the usual time in August,” Vic assured me.

“I’ll make an appointment so you can see him when you return from Sweden,” I insisted. Vic agreed, so I knew he was scared, too. Still he felt better than he had for months when he left. When he returned two weeks later, his ankles and feet were puffy and he was exhausted.

Blood tests showed elevated eosinophils, a white blood cell reading often associated with allergy or parasites. We began a strict elimination diet—no dairy, no soy, no gluten, no sugar, no eggs. This is what nutritionists do when they panic.

“I don’t like the feel of this,” our friend and chiropractor Fred Weiner said as he probed the hard lymph glands in Vic’s groin. “I’ll call Michael.” After a sonogram, Michael called an oncologist. 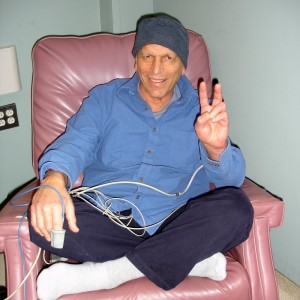 “I think you have lymphoma,” the local oncologist said. “Fortunately, lymphoma is usually treatable.” The doctor did many tests. Five labs looked at the bone marrow sample and couldn’t make a diagnosis. We fretted as lymph vessels and glands hardened throughout Vic’s body. His skin reddened and his nose ran constantly now. Weeks turned into a month. What could it be? No one knew.

We got a diagnosis at Strong Hospital in late August, nine months after symptoms began. The oncologist said the lymphoma was rare, incurable, and nearly impossible to diagnosis. By then, Vic’s swollen face and neck looked like a three-dimensional map of the lymph system.

Slowly, inexorably, cancer had invaded our safe loving world like a thief in the night and it held us in its grip. All along, those annoying little symptoms were preparing us for a complete betrayal of the body.

What sort of illness or life-changing issue tricked you before showing its full face?  For other articles about coping with Vic’s illness, see The Cancer Survivor, Speeding to Strong Cancer Center, or Gratitude and Grief.