Grief and Depression: Are they different?

It’s hard to distinguish between grief and depression. When does one slide into the other? Who gets to choose the labels anyway? 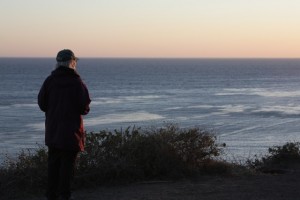 A New York Times article from January 25, 2012 explored diagnostic labels for mental illness. One proposed change put grief under the umbrella of depression, making a normal human response to loss a pathology. Is every grieving person mentally ill?

In the years after my husband Vic died, it was hard to tell if I was depressed, although it was clear that I was grieving. I had a few bouts of depression earlier in my life that dragged me down and under. The first was in 1967 when I was a freshman at Cornell, before easy access to psychological counseling or antidepressants. But I was grieving then, too. My mother had left for Europe to teach Air Force dependents just before I started my freshman year, and I didn’t see her or talk to her for ten months. I still hadn’t digested my father’s death less than four years before, so the isolation and sense of abandonment were more than I could manage. I crashed into a dark existential despair and tried eating and boozing my way out of it. The following summer, my older brother’s kind girlfriend befriended me. Talking with her helped, and I found my equilibrium without medication or therapy.

I wasn’t surprised to experience persistent despair when Vic died in 2008. Misery was appropriate, even if socially unacceptable, even if exhausting. And I was exhausted. My back ached under the burden of grief, and my natural social defenses had dissolved. If an acquaintance asked me how I was doing in the produce aisle at Wegman’s, my eyes oozed their salty drops and betrayed me even if I didn’t want to show my feelings. In time, I feared my tears would never end.

“Have you thought of trying antidepressants?” my therapist asked gently at the end of another tear-soaked session.

“It’s been over two years and medication can help interrupt the pattern,” she reminded me, offering the possibility of chemical support without insisting.

I delayed, but admitted to myself that I was desperate. Was it normal to be crying this much for this long? Shouldn’t there be some easing after two years?

Why? I argued inwardly. Why should there be? I loved this man. We affirmed each other and had fair fights. We like to eat the same food, live in the same country house, and meditate at the same time of day. Why should I get over it?

Because you want to live, I told myself. Because you can’t keep focusing on the alluring cinematic world of the past. Because something worth loving is here in this life right now. Because you promised Vic that you would find a way to be all right.

I made an appointment with my doctor.

So I tried Zoloft, a child-sized dose, and it worked immediately. I felt lighter, more interested in life, less interested in stuffing myself with carbohydrates and draining myself with tears, but as the dose got a little stronger, my gut grew wretched. We dropped the dose, hoping I’d get used to it. My gut said no to even the smallest dose. It was a relief to finally say goodbye to Zoloft.

“Want to try a different antidepressant?” my doctor asked.

I gave it a try and felt nothing with one-third dose. At two-thirds dose, I felt agitated and anxious. I tried a full dose before calling it quits, but something had changed. Maybe it did help to disrupt the pattern.

I’m OK as I am, I finally decided. I’m grieving and sometimes that spills over into depression. This is normal after losing the person I most counted on. Absolutely normal.

Four years after Vic’s death, I cry much less and love my emerging life. Still, every day is punctuated with memories of Vic, often sad, often accompanied with gentle tears.

Don’t mess with it, I tell myself. This grief is an incredible teacher.