No Cell Phone and a Great Excuse For Being Late 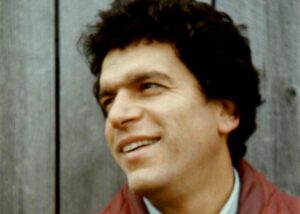 now pelted the windows and obscured the black night sky. It was 6 pm and my husband Vic was usually home by 5:30. I’d been through this before because we lived in a lake effect snow area near Lake Ontario. I stood at the window watching for car lights, but no one was out on our country road in this storm.

He always called from work when he was late. He taught at Colgate in Hamilton, NY, so intense lake-effect snow was a fact of life, but this was an aggressive storm. 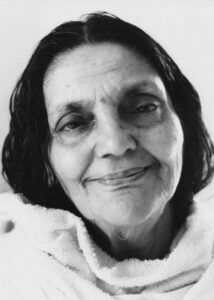 Soon it was 6:30 and then 7. My chest gripped with fear. I turned the inside lights down so I could see light on the road, but kept a small candle glowing near my photo of Anandamayi Ma and tried to calm myself by following my breath. Her loving eyes filled me with hope. She had died in India in 1982 and I’d never met her, but she was my inner image of Divine Mother.

“Care for him, Divine Mother. Protect him. Bring  him home.”

At 7:10, I called the police. “No, Ma’am, no accidents reported. Everyone is staying home tonight.”

“Thank you,” I said. I described our Subaru to the dispatcher, imagining the slippery narrow crossway over Lebanon Reservoir. 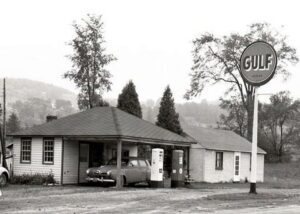 Around 8 p.m., lights flashed in the driveway. Was someone coming to tell me Vic was dead?

I turned on the outside light. Vic climbed out of the car, white flakes covering his dark hair and shoulders. I threw open the door, put my arms around him, and held on.

“Where were you, Vic? I was terrified. What happened? Are you OK?”

“I had to pee and couldn’t wait, so stopped by the side of the road,” he said, grinning at his own foolishness. “I left the car running, and a wind gust blew the car door shut and somehow it locked. With no coat and the car locked and running, I walked a few miles in deep snow hoping to find a house with lights or a car I could flag. No one was out but me.” 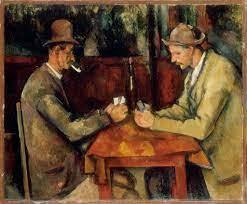 “I got to the old building that used to be a gas station. There were lights inside. My body was numb with cold. Old guys playing cards and drinking beer at a small table looked startled when I knocked on the glass door.”

“What the hell you doing out on a night like this?” one asked.

“I had to pee and locked myself out of my car.” They roared with laughter at my idiocy, but one called AAA and drove me to the car in his rusty pick-up with the heater blasting. 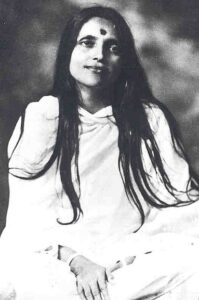 “I was terrified, V. You always call.”

“I’m sorry I scared you again. I’m a space head, but everything is OK. I should have asked the guy with the pick-up to use his phone before we left the gas station, but all I thought about was getting home.”

Thank you, Divine Mother, for taking care of him when he can’t take care of himself.

Do you remember a time when someone was late and you had no one way reach them? I remember this happening with Vic and also with our sons. Cell phones have spared us many hours of worry. I wrote about a different lake-effect snow storm in The Loving Gaze: Support from the Divine Feminine. I always turned to Anandamayi Ma in devotion or when I needed help. I still do. The Dalai Lama was another source of spiritual support. For a blog about our first meeting with the Dalai Lama in 1979, see Give Thanks for this Imperfect Life.