I’m Moving Your Mother to a Nursing Home: Active Imagination during Hard Times 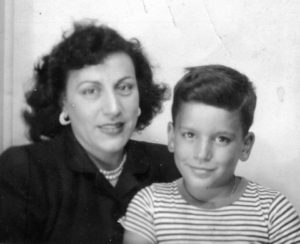 I can’t take care of your mother anymore. I can’t keep giving her the precious energy I need for my own life. I have to face that she’s almost out of money to pay for 24 hour health aides. I hoped she could die in her own home when she became a hospice patient in December, but within a few weeks her lungs cleared.

It’s only wonderful if you don’t mind Depends and adult bibs, being unable to walk, and being helpless and blind. It’s OK if you don’t mind forgetting your only child is dead and your sisters and your husband and all your friends.

I’m running out of steam. Who imagined she would live to 102? 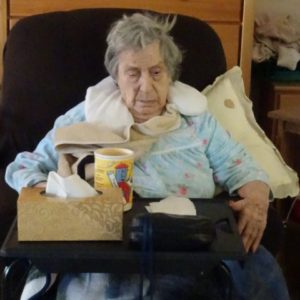 I’m sad with a tinge of guilt, but grateful something is shifting. I need to make a decision while she’s still a hospice patient, while I have their support and advice. Her grandsons have no doubt we should move her, but I want to talk with you.

What took you so long?

You cared for her 11 years despite her bitchiness. It was enough you cared for me and your own mom. Move her, E. You’re worn out. It’s time. 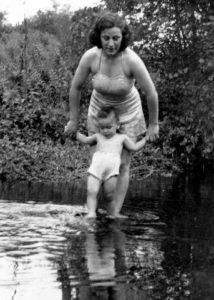 I waited out of loyalty, but also avoidance. Who wants to deal with Medicaid forms and nursing home applications? Who wants to upset and  frighten your old mom? Who wants to clean out her apartment?

Once I considered the possibility, I learned that entering a nursing home while someone has enough money for a few months private pay meant a relatively easy transfer to the place of our choice. To delay suddenly felt irresponsible. She can’t stay in her apartment without the money to pay health aides. Something has to change.

Move her. You’ve done too much. I’m glad hospice is helping. I wish I could help, too. Thank you for all you’ve done, but it’s time for a change. How have you managed this for so long? 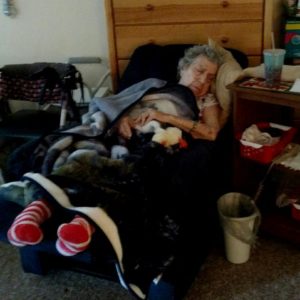 I pull into her apartment building parking lot, cringe, and swallow hard. I take the elevator to her floor. Once sweetly decorated by me, her room is barren to accommodate a walker, wheelchair, and hospital bed. There’s a rumpled cot in the corner for a health aide to spend the night and a stained couch I bought new 11 years ago. We can’t leave her alone for one minute or she panics or falls. She dozes in her blue lift chair exactly where she sat when I was there a few days earlier.

“How are you?” I ask. She waves her hand in an Italian half-and-half gesture. She’s mezza-mezza. Not here. Not there. Nowhere at all.

Hospice advised I talk to her about your death to make sure she isn’t waiting for you to show up to say goodbye. 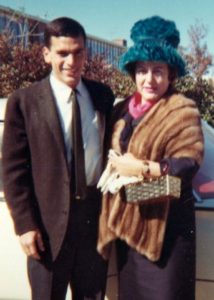 “Do you know where Vic is, Virginia?” I ask.

“Vic died ten years ago,” I say. She seems more curious than upset. “Are you waiting for him?” I ask.

“I wait for him every day,” she says.

“He’s not coming, Virginia. He can’t come. He died. He’s on the other side with your husband and your sisters. You went to Vic’s memorial service. I took you to his grave.”

She looks at me blankly. “What happened to him?” she asks.

“He died, Virginia. He’s with your mother. They’re in heaven now.” Heaven is a word she understands.

It’s time to decide. I know what you’d say. 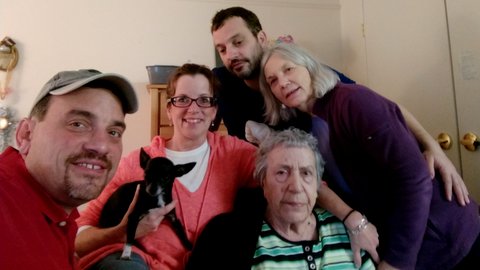 Have you had to make a decision similar to this? Did you feel you had a choice? As you might guess, the decision has been made. Next time I’ll let you know how it’s going. For a post about complicated family dynamics, see My Lover’s Mama and the Negative Mother Archetype.  For another post about taking care of Virginia since Vic’s death, see When Forgiveness Requires Patience. If you’re interested in learning more about the Jungian technique of Active Imagination, I suggest Jungian Therapy 101: Active Imagination.