A Mother’s Lament: “I Loved Him with All My Heart” 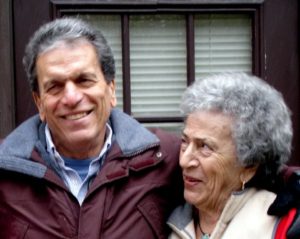 My mother-in-law Virginia was present during every conversation the last few weeks. She was alert when the public health nurse evaluated her condition and approved the application for skilled nursing care. She watched her health aide and me write her name on her clothing with permanent markers and place a neat stack of shirts and pants in a bag.

Even though we explained what was happening, she kept forgetting. That’s not surprising since she’s 102

A week earlier, our Hospicare team had suggested it was time to consider a move. I knew they were right. We were running out of money for private care in her apartment. My energy was spent. I spoke with a social worker at the nursing home and visited. Two days later, a bed would be available for a private pay patient. Maybe the speed would make it less painful for all of us. Or maybe not. 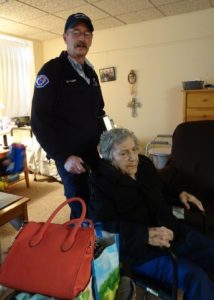 Today is moving day. There’s a knock at the door. When a man in a blue uniform walks in with a wheel chair, Virginia’s eyes widen in alarm.

I brace for a scene, but the ambulance driver who is used to providing transportation for hospice patients grins. “It’s a nice day for a ride,” he says. He wheels her down the hall with me next to her and a health aide following behind. Virginia waves like a politician as we leave her apartment building.

At the nursing home, the staff smiles. The elderly shuffle down the hallway or nod out in wheelchairs. Virginia watches through her nearly blind brown eyes. Everyone wants to meet her and know her name. 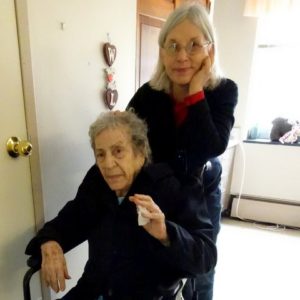 For a few hours, she is queen again as she was in her apartment with a 24-hour team of health aides. Then, the nurses leave for other jobs and other patients.

“I want to go home,” Virginia says, looking down at the floor. I can only imagine how helpless she feels, but Virginia has said she wants to go home for the eleven years I’ve cared for her. Home is Norwalk, Connecticut, her parent’s home where she lived as a girl and raised her only child.

“This is your home now, Virginia,” I say. There is no choice for either of us.

She looks down at the floor again, searching for herself. 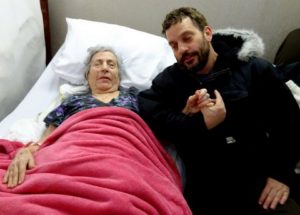 My son Anthony with Granny

In two days, they move Virginia to a new room with a lively roommate who talks incessantly as the TV blares. The roommates talk across the gap between their parallel beds, not concerned about understanding each other, but enjoying talking to someone. To anyone. Sisters at the end of days.

For the first time since his death, Virginia wants to talk about her son. “Where’s Vic,” she asks. Or “Where’s my son?” or “Where’s your husband?”

“He died ten years ago, Virginia,” I say. I hold her hand. She’s calm instead of yelling at me or her God for not saving her son. 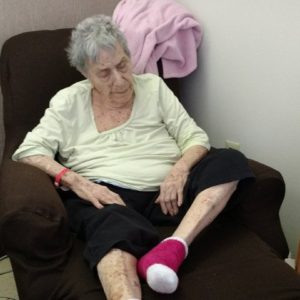 “That’s true,” I say. “When you become very old, you see many people you love die. I’m sorry, Virginia.”

“I never had a baby,” she says, pulling me close to her with surprising strength.

“I wanted more babies,” she whispers. “I loved him with all my heart.”

We have this conversation over and over again as she digests her sorrow for the first time. A decade after his death, at the age of 102, her heart opens to grief—and, because she’s too tired to defend herself against sorrow, she’s filled with vast Mother Love. 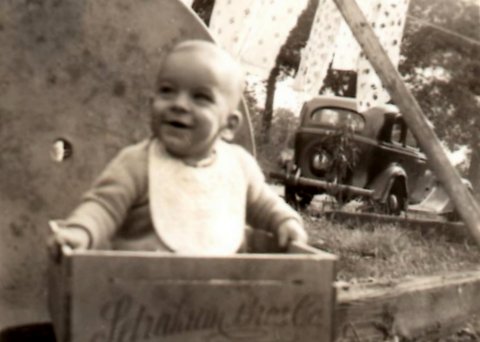 This move consumed my days and kept me awake at night for a few months. I fretted over the decision, filled out forms, made sure her apartment was emptied and cleaned, and gathered five years of records needed for a Medicaid application. I often felt hopeless or resentful about the endless tasks, but then the next step happened. As I always do during hard times, I watched for tender moments when grace poured in, the moments I’ll remember when the exhaustion fades.

Have you given more than you felt able to give? Were you resentful, willing, or both? Have you seen time transform someone’s grief-rage into acceptance? For the first articles about this move, see “I’m Moving Your Mother to a Nursing Home.” For an article about a last conversation with my own mother, see A Mother’s Blessing: Heart to Heart with an Alzheimer’s Patient.