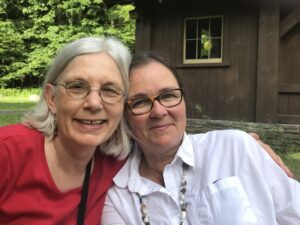 “I’ll stay until the end,” Lauren said. We knew what “the end” meant, but didn’t know when it would come. Doctors said any minute, but my husband hung on. Vic had gone downhill quickly, so our sons still hadn’t arrived. Vic would need heavy sedation to be moved home, so I decided to stay put.

Steve had been there since the night before. Other friends came and went throughout the day, but Lauren and Steve didn’t budge.

Steve rubbed Vic’s naked feet. I put a photo of our teacher Anthony Damiani on Vic’s chest and rose petals from the Dalai Lama. I covered him with a red silk cloth given to him by Sankaracharya in India, remembering that I was also given a silk cloth. Then I understood. The cloths were our cremation shrouds. 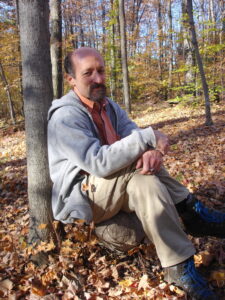 As Vic gasped, Lauren wiped his face. She swabbed his mouth. She held my hand and Vic’s. Steve asked if he could take photos. “Yes, of course. I’m too lost to remember—and I want to remember.” 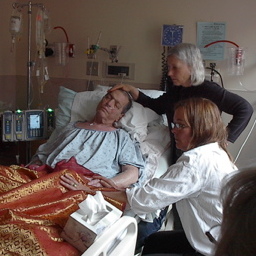 Vic held on against cancer for two years but the fight was winding down. He stopped gasping for air as soon as our son Anthony arrived from California, and 45 minutes later, just after midnight, there was a last quiet exhalation. Lauren and Steve fell into exhausted sleep on thin blankets on the linoleum floor while I squirmed in an uncomfortable recliner. At dawn, Lauren helped me wash and swaddle Vic’s body in clean sheets and slide him into a body bag.

That day, Vic’s body was transported to Ithaca. Besides his body, what should be in a cremation box? I hadn’t thought about that. Our other son David had arrived by then after a convoluted plane trip, but my mind was scattered to the four winds, perching on nothing solid. The phone rang. 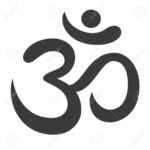 Om Mani Padme Hum, “Praise to the Jewel in the Lotus”

“Do you want me to come over?” Lauren asked.

“I’ll be there in 20 minutes,” she said. “I’ll meditate while you make your preparations or help with whatever you need.” She arrived with her long brown hair wet from a shower and stayed. She accompanied David and me to the funeral home, witnessed, prayed, and wrote Om Mani Padme Hum on the outside of Vic’s cremation box while we filled it with things he loved like family photos and dark chocolate. 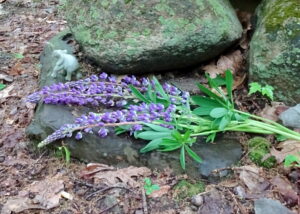 In June, Lauren and I walked through my lupine fields. Other friends called, brought food, wrote the obituary, planned the memorial service, and did so much more. Steve had to go back to work, but Lauren stayed. The friend who planned to lead the memorial service had a family crisis, so Lauren stepped into that spot, too.

That summer, we walked to Vic’s cairn in the forest most days and watched the plants, butterflies, and birds move from spring to fall. We watched the sun move south on the western horizon. 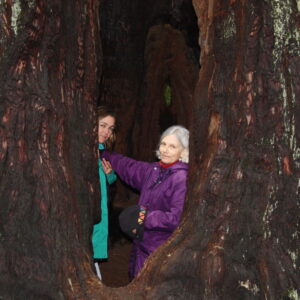 “I didn’t know I could hurt this much,” I said.

We promised to travel any distance to accompany each other through death when it was our turn. We knew only one of us would keep that vow.

In writing this, I’m aware of focusing on just one of the many generous friends who helped us through Vic’s dying days and my grieving days. Both Steve and Lauren stayed until the morning after Vic’s death, but only Lauren and I made that powerful vow. I asked her to read this before posting it since the vow was made at an emotionally loaded moment. I’m glad to know it still stands. For another post about grieving, see The Half-Life of Love: Eight Years Later, For a post about friendship, see Life is Sweeter When We Keep Old Friendships Strong.