The Wisdom of Regret: A Lesson in Showing Up 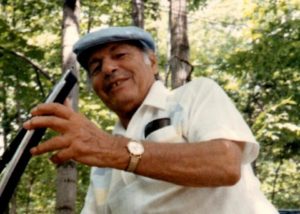 I remember the tense discomfort of my flimsy excuse, but don’t recall just what it was. I remember the relief of avoiding being face-to-face with a dying person. In 1991, I hadn’t learned to sit with death, witness suffering, or wait for the last breath.

I didn’t fly to Florida to say goodbye to Benny who loved my tomato sauce and cherry pie and loved my children as though they were his own grandkids. Benny married Vic’s mom Virginia when he was 54 and Vic was 21. He didn’t try to father Vic even though he didn’t have children of his own.

We were Benny’s family. 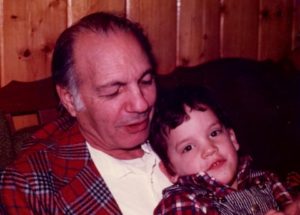 He loved taking Virginia’s grandchildren, his grandchildren of the heart, to the fancy restaurant where he was bartender. He made them Shirley Temples and showed them off. He never said a critical word about either of them—or about me. Quite a contrast to my mother-in-law

Focused on protecting myself from Virginia, I undervalued this sweet patient man. I didn’t know why he put up with Virginia’s rages or didn’t fight back when she turned her wrath on him. Why did he stay with her? Neither Vic nor I could answer that, but I imagine having a family was a part of it. Grandkids and a daughter-in-law who made cherry pie—just for him. 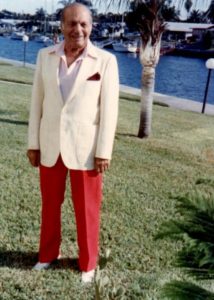 Benny was flashy, New York City Italian style. He wore well-tailored slacks and white sport’s jackets, shoes polished into mirrors, and a watchman’s cap. He loved dancing to the big band sound. His Brooklyn accent said “pauk” instead of park and “dat” instead of that, giving away his cultural roots. His hair was well-trimmed, he smelled of spicy after-shave, and he drove a Cadillac.

David and Anthony spent weeks with their grandparents in the summer. When they were older, Virginia complained about the kid’s hair styles, clothing, anything she perceived as imperfection, but Vic and I knew Benny would protect them. When Virginia criticized, Benny swept them out of her beauty shop and drove them to the beach.

When he visited us in the country, he helped my husband and son build a skateboard ramp. He was sick by then, but after a fall and with a gash on his nose, he climbed back up with his hammer. We couldn’t talk him out of it. He brought special wine and kept out of family arguments. He and Virginia played endless games of poker with the kids he called “my boys.” He gave them their very own set of red, white, and blue chips. 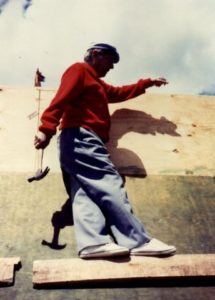 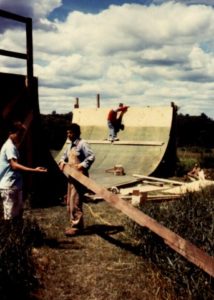 Benny was diagnosed with colon cancer in 1990. He visited us a few times after the diagnosis. As always, I baked a pie. He was quiet about his illness and didn’t complain other than saying, “I don’t know why I don’t feel better.” Virginia made sure no one answered that question. She refused to upset him with the truth, but I have to hand it to her. She took care of him at home with hospice. 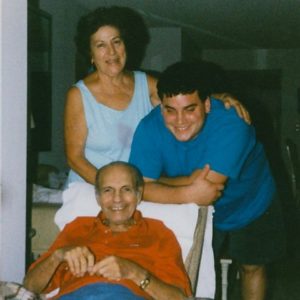 Why didn’t I go to Florida with Vic to say goodbye a month before Benny’s death? Part of it was the gag rule about speaking about his illness and part was Virginia insisting I shouldn’t come, but I was protecting myself. Our teenage sons went with Vic. I did not. I had learned the art of running as a kid. Hide those tears. Pretend nothing is happening.  Don’t mention death. 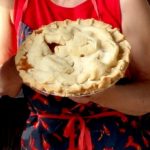 Didn’t I know better by the time I was 45? I’d witnessed my teacher’s cancer death and said goodbye to him. Benny was mentally clear until his last days, still asking why he wasn’t getting better. I wish I’d told the truth, but I doubt he wanted to hear it.

I spoke with him on the phone many times that last month. He didn’t scold me. That was never his way. He accepted my love at a distance as though it was a precious gift. We talked about pie and the boys. 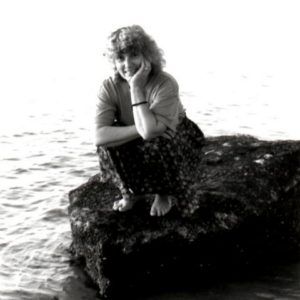 After his funeral, perched on a rock at the beach, taking in the vast stillness of the Gulf of Mexico, I faced my mistake. I quietly carried my regret even though no one else felt I’d done anything wrong.

Being with Benny would have shown me the gift of death for those who need a way out. I would have learned about compassion and forbearance. I could have held his hand and looked into his kind brown eyes. I could have thanked him for his unending sweetness.

I wish I had another chance.

Thank you, Benny, for your loving acceptance of me as I was. Your sweetness helped me see myself, take in my regret, and know that next time, for the next death, I would be there. No matter what.

Do you regret times you didn’t show up for someone and wish you’d overcome your fears or made the effort? I’d love to hear your stories. This was a painful lesson for me, but what a teaching it was. For another article related to Benny, see To Forget and To Remember. For an article about supporting my brother 25 years later, see The Thief: When Cancer Returns.