When Life Has A Plan: Intuition, Synchronicity, & Love 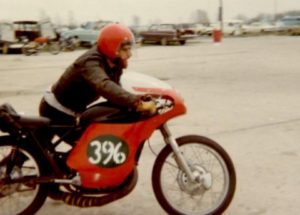 By the time I was twenty, I was used to my mother living in a different country every year, knew what classes to take at Cornell, and was ready to apply to Berkley for graduate school. I also knew I would live in a downtown apartment with my roommate and her boyfriend during senior year.

That spring of 1966, my roommate’s fiancé was drafted. He had noncombatant status, but was still sent to Vietnam. My friend needed to live alone and create a home for her husband when he returned. Her heart was broken. What could I say?

So in the last days of my junior year, I was stuck without a roommate or a good place to live. Two girls I vaguely knew needed a roommate. They planned to live in Hasbrouk Heights. Brick boxes on the other side of campus. Lousy compared to downtown, but better than a dorm. 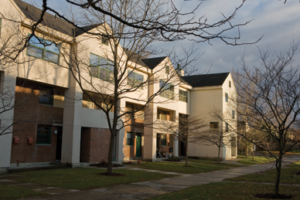 By the time classes began that fall, I knew these roommates wouldn’t work. I was more interested in politics and graduate school possibilities than constant boozing and TV. At least they had cars.

“Want to go to the motorcycle shop downtown?” Julie asked. Hormones frolicked around campus on a warm September afternoon.

“I met a guy in Puerto Rico this summer,” Julie said. “Very cute. A graduate student with a motorcycle. He said he hangs out at the shop on the corner of State St. and Corn.”

We walked into the grungy shop filled with rusted motorcycles, greasy guys who needed showers, and a burnt oil and exhaust fume smell. I’d dated Ken who had a motorcycle that summer, so I’d been in the shop before. Ken had moved away to go to graduate school. I didn’t miss him and didn’t want to meet his mom which was what he had in mind. 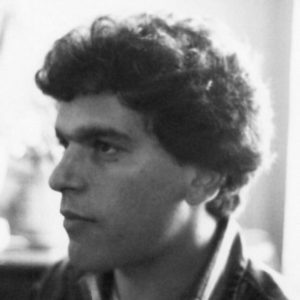 I knew the owner of the shop and was glad to see a friendly face, but at the back of the shop, I noticed a guy with wavy black hair wearing coveralls, bent over an upside down motorcycle carcass with a wrench in his hand. Julie called out and walked toward him. I stood by the door, stunned. By what? I didn’t know. He’s just like my father, a voice in my head said. I want to marry him. What? He didn’t look like my long dead dad. I didn’t even know the guy’s name.

He straightened his back and wiped his hands with a greasy rag.  He was shorter than my dad, but had a similar easy smile. He politely told Julie he was busy fixing his broken machine. We stayed a short time, he went back to motorcycle mechanics, and we decided to leave, but I was desperate to find a way to see this mystery man again. 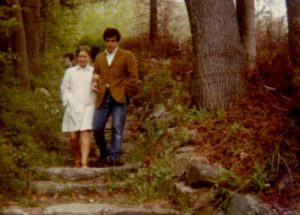 “Any parties this weekend?” I asked the shop owner.  The motorcycle guys, a mix of townies and students, had lots of parties.

At the party, I flirted with the dark haired stranger named Vic and pretended I was drunker than I was. “Would you be my friend?” I asked with a flirtatious smile.

“Yes…but I heard you dated Ken during the summer. I couldn’t do that to one of the guys after you broke up with him.” 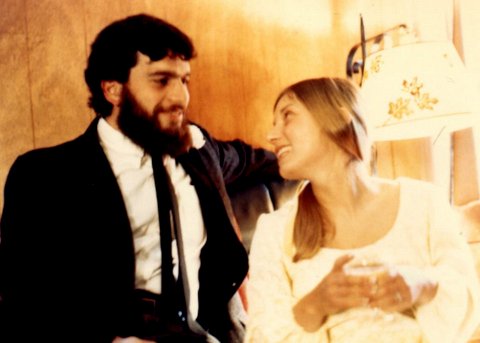 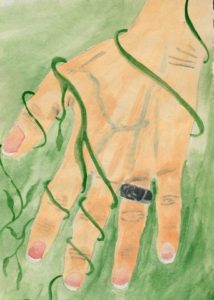 I realized this might be harder to pull off than I’d imagined, but there had to be a way. I’d walked into that motorcycle shop, hadn’t I? Heart and loins on fire, nothing could stop me.  He was the one. Besides, he had an apartment downtown.

It’s been 52 years since that fated meeting and 50 years since our wedding. The memories feel fresh. What events from the past stay alive within you no matter how long ago they happened?

My friend Deborah Gregory, a writer, poet, and author of A Liberated Sheep in a Post Shepherd World, was inspired to write a love poem for Vic’s and my Golden Anniversary. On the day of the anniversary, I’ll honor the gift of our marriage by writing Vic a letter. I’ll include Deborah’s poem, but you can read it now: The Goddess and Her Green Man. While you’re at Deborah’s website, look around and enjoy her writing. For a story about Vic’s and my wedding day, see My Hippie Wedding: May 18, 1968.