When our son David and I arrived at the hospital room that morning in 2008, Vic sat upright, his bare legs hanging over the side of the bed. He looked exhausted and uncomfortable, but it was the only position that allowed him to breathe. His eyes were half-closed and full of misery and love.

“While you picked David up at the airport yesterday, Dr. Friedberg told me cancer growth is causing the fluid in my lungs,” Vic said slowly, pausing for air. “A full report came from the new skin biopsy. Now there are two kinds of lymphoma.” Vic whispered that information. “They aren’t optimistic. Friedberg suggested salvage chemotherapy…or hospice.” 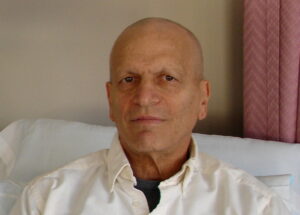 Salvage chemotherapy? The aggressive end of the line possibility when nothing else worked? Vic knew this last night but hadn’t said a word?

“Why didn’t you tell me yesterday?” I asked.

“I wanted you to sleep,” Vic said, struggling for each breath. Really? We’d shared every decision about Vic’s illness, even ones that had to be made in the middle of the night. Vic paused and looked up at me with tears in his eyes.

“Friedberg promised he’d come back this morning to talk to you, E. I needed to figure this out alone. I want to try the chemotherapy. It might give me a few good months or I’ll die faster.” 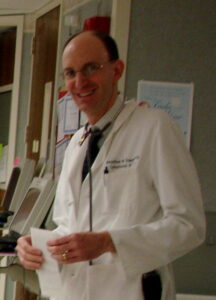 For the first time in two years of cancer, he’d kept a secret about his health. His need to decide alone hurt because I couldn’t help him, but it didn’t make me angry. I understood. He knew I’d choose hospice, so he needed solitude to make his life-or-death choice.

Salvage chemotherapy meant hospitalization two hours from home for one out of every three weeks with gruesome symptoms as if he wasn’t sick enough already. It meant I had to witness more suffering, even if he got a few “good” months. Good months? What would that look like? Mouth sores, skin breakdown, exhaustion? Death would still hover and threaten. There was no escape—only possible delay. I saw surrender as the right path, but Vic was a warrior, so I wasn’t surprised by his decision as much as how he’d made it.

Dr. Friedberg arrived around noon. He wanted to start chemotherapy that night.   “Let’s do it,” Vic said in a weak voice that sounded unable to do anything. I reluctantly agreed with a pounding heart. 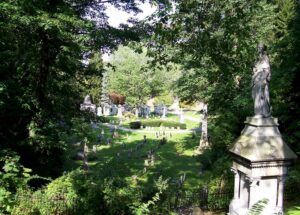 Needing calm, I left David and Vic in the hospital room and walked the peaceful paths of Mount Hope Cemetery, considering Vic’s no-win situation. I wouldn’t make the same choice, but Vic and I had discussed his options many times. He knew my choice, but his was different. I didn’t complain that he kept this life-and-death moment a secret rather than talking it over with me again. It was clearly time for me to let go.

That night, I thought it through again. I wanted Vic’s suffering to end, but didn’t want him to die. If he lived, he would suffer even more, so I prayed Death would come quickly for his sake, but also for mine. 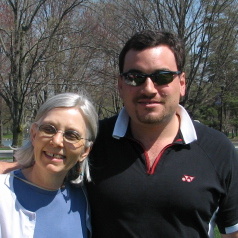 The next morning, I didn’t share my prayer with Vic. Like him, I kept my secret locked in my heart.

This is a new version of a section of my book Leaning Into Love: A Spiritual Journey through Grief. It took me years to face that Vic wasn’t the only one keeping a secret at the end of his life. Have you kept secrets from someone you love? Do you regret it or was it the right choice? Vic died less than a week after our conversation. He’d made the right choice for him and also for me.

For another post about facing cancer, see Betrayal of the Body: The Secret Life of Cancer. For an article about Vic introducing his last book a few months before he died, see “I Am Because You Are”: Community and Compassion. In that talk, Vic spoke about the South African term Ubuntu and our mutual interconnection. He shared a dream in which his friends gave him a healing cocoon made of silver threads. He choked back tears. So did I.