We Are Family: Strengthening Connections after a Dad’s Death 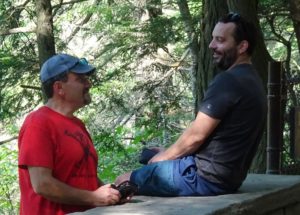 My son David and his wife Liz drove from North Carolina and met my local son Anthony for a beer at Two Goats Brewery on Seneca Lake before they arrived at my house. David and Liz came with three dogs and coolers filled with fruits and vegetables from their garden.

The next morning, Liz and I released a monarch butterfly and set up a crate of milkweed cuttings for the largest caterpillars. 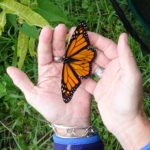 We needed an adventure that worked for Liz who fractured her jaw a month ago and struggled with a jaw held together (temporarily) with screws and rubber bands. And “the mom” who is prone to vertigo in steamy weather. Plus, two dogs, one young rescued sweetie who needed exercise and a five pound Chihuahua who hates being left home. My dog Willow and David’s older dog were happy to stay home in exchange for chew bones. 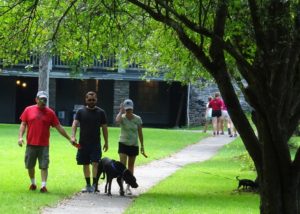 Anthony suggested we meet at Upper Treman State Park. Before the floods that came a few days later, we were greeted by a waterfall and full stream. It wasn’t crowded like Taughannock Falls or Watkins Glen. I’d taken my kids swimming at Lower Treman Falls years ago, but didn’t know these trails. David and Liz hadn’t seen Upper Treman. Bingo.

We walked the Gorge Trail and then the Rim. Cascading waterfalls, rushing water, and long views around every bend. I lagged climbing the steep trail to the rim. They sat in the shade to let me catch my breath. 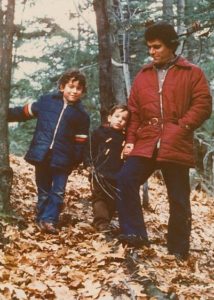 When their dad was sick, they came home often and we spent more time together as a family. During those years, a close friend died. Unhealed wounds bubbled to the surface in her family as siblings argued over property and just about everything. 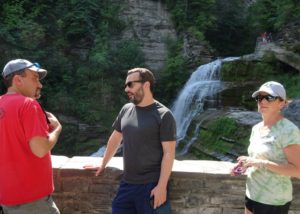 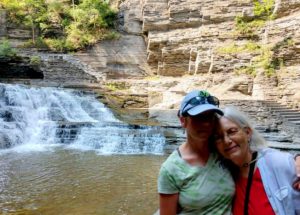 After Vic’s death, they worked to get to know each other as adults and spend time together. Love demanded tolerance and forgiveness. It demanded psychological awareness, acceptance of a new family configuration without Vic, the jokester and peace-maker. They needed to become interested in each other’s passions and each other’s style—including mine since I’d changed, too. 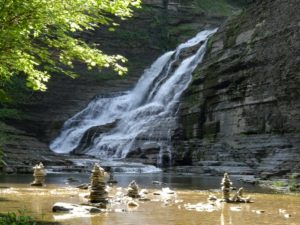 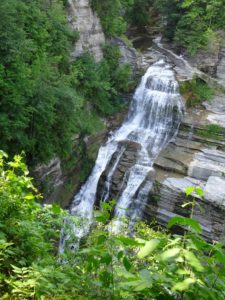 On the trails, I felt how far we’ve come in learning to admire, support, and love each other’s differences. As I watched them jive and joke, I imagined Vic laughing with them and shooting fast quips as he always did. I wanted to jive, too, but my hearing doesn’t allow fast repartee with a waterfall in the background. And that’s OK. When I stand back and leave space in the center, they get a chance to know each other.

By the time we reached Lucifer Falls, I’d let go of straining to hear every word. I trusted they’d tell me what I need to know. They always do. They always will. 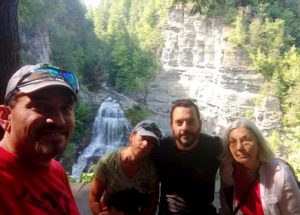 When I’m with my family, I see myself in new ways and face who and where I am. I see how to make life better and easier. I find new beauty and possibility. Their love makes me strong.

Even with one missing, we are family.

How has your family dealt with a major loss? Have you found ways to pull together? Was it a challenge? To read more about my family, see Sunshine on the Wedding. For another post about family and the beauty of the Finger Lakes, see My Uncoupled Life: Family Changes after a Death.