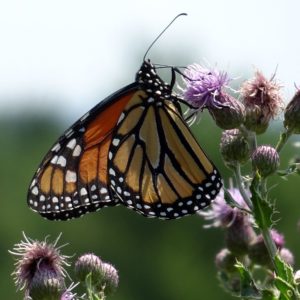 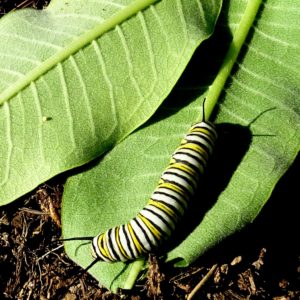 Monarch butterflies arrived in the Finger Lakes in mid June to sip thistle and milkweed nectar, mate, and lay eggs on the underside of milkweed leaves. As I searched for tiny eggs (the little white dot on the leaf on the left), I sometimes found larger caterpillars. 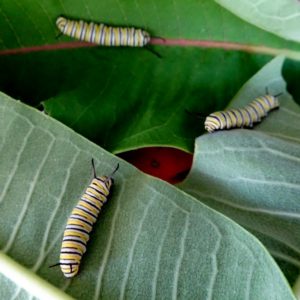 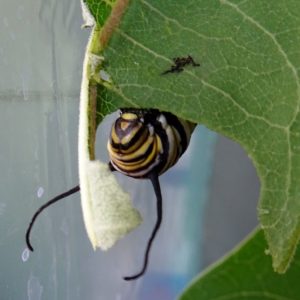 Nearly invisible tiny caterpillars chewed their way out of the egg case and began eating. The caterpillars devoured milkweed leaves I provided fresh each day from plants in my fields. Only 1% survive in the wild because of predators (mostly insects) and disease, but over 90% survive when protected. In two weeks, they molted or shed their skin five times as they increased size by 2000%. That would be like a human newborn becoming the size of an elephant in 14 days. 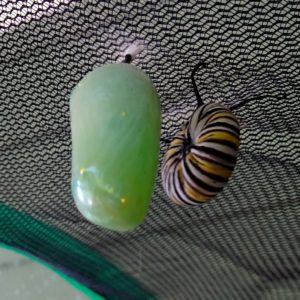 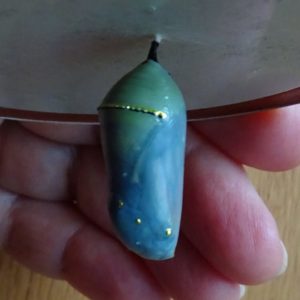 Each mature caterpillar found a place to hang in a J hook and shed its outer skin to reveal a green chrysalis with gold flecks. Then all was quiet for a two weeks until that thrilling moment when butterfly wings became visible through the chrysalis skin. 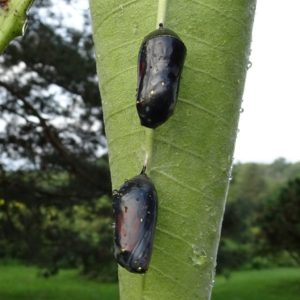 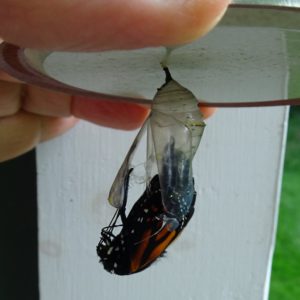 The chrysalis blackened before it split and the butterfly emerged. It hung upside down a few hours as the body straightened and the wings filled with blood. 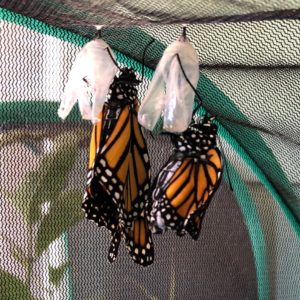 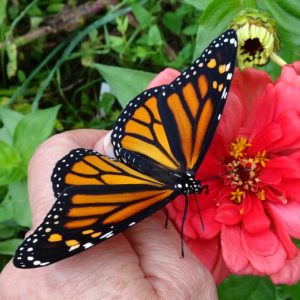 I kept newly emerged butterflies protected for a day so they were strong when released. They don’t eat the first 24 hours, but then the search for nectar began. Zinnias in the flower garden were a draw, but wildflowers in the fields were better. 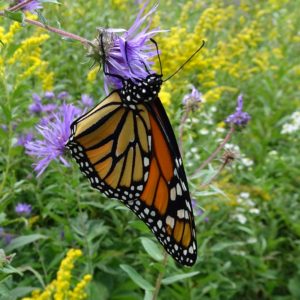 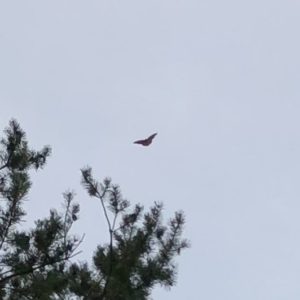 An early October migrating Monarch sipped New England Aster to stock up before taking off for a long flight. This one butterfly would fly over 2000 miles to its wintering ground in the mountains of Mexico before pausing there for three to four months, flying north, and laying eggs in Texas. The cycle continues as the progeny of each butterfly mates and heads north until the great grandchildren of the ones I released in the fall make their way back to this land in June. So, the cycle begins again. 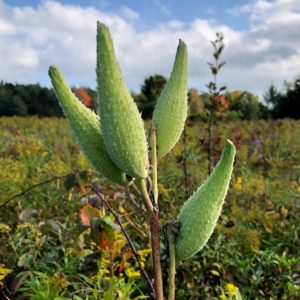 What joy to midwife 100 Monarchs in 2018 and play a small role in one of Nature’s Miracles. I look forward to their return in June 2019.

Because I’ll have cochlear implant surgery in February, I can’t visit the Monarch Biopreserve in Michoacan, Mexico to see the wintering Monarchs, but that’s my hope for next winter. What long-term dream do you want to fulfill–not necessarily a self-reform discipline for the new year, but something you’ve always wanted to do? Will it happen in 2019? For other posts about Monarch butterflies, see Mothering Monarchs, Mothering My Soul or Precious Transformation: Monarch Butterflies, Mystery, and Mythology.